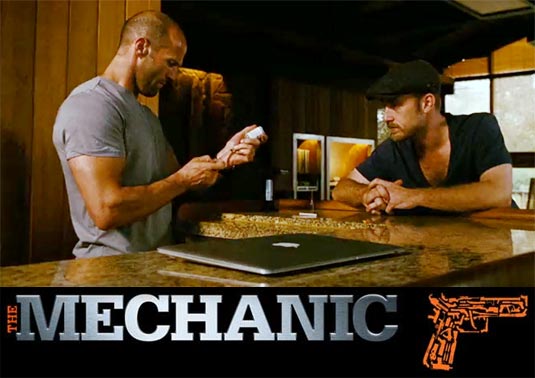 CBS Films has released a new red band trailer for the upcoming action-thriller film The Mechanic. The story centers on an elite assassin that is seeking out those that killed his mentor and takes his son under his wing to learn his trade. Directed by Simon West (Con Air, Lara Croft: Tomb Raider), The Mechanic stars Jason Statham, Ben Foster, Donald Sutherland, Christa Campbell, Tony Goldwyn, Nick Jones and Jeff Chase. Synopsis: Arthur Bishop (Jason Statham) is a ‘mechanic’ – an elite assassin with a strict code and unique talent for cleanly eliminating targets. It’s a job that requires professional perfection and total detachment, and Bishop is the best in the business. But when his mentor and close friend Harry (Donald Sutherland) is murdered, Bishop is anything but detached. His next assignment is self-imposed – he wants those responsible dead. His mission grows complicated when Harry’s son Steve (Ben Foster) approaches him with the same vengeful goal and a determination to learn Bishop’s trade. Bishop has always acted alone but he can’t turn his back on Harry’s son. A methodical hit man takes an impulsive student deep into his world and a deadly partnership is born. But while in pursuit of their ultimate mark, deceptions threaten to surface and those hired to fix problems become problems themselves. The Mechanic is scheduled to hit theaters on January 28th, 2011.
Continue Reading
Advertisement
You may also like...
Related Topics:Ben Foster, Christa Campbell, Donald Sutherland, Jason Statham, Simon West, The Mechanic