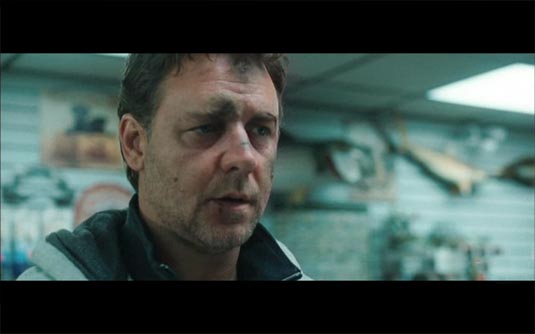 The first trailer for The Next Three Days, a Hollywood remake of the French film Anything for Her (Pour Elle) has been released on Yahoo. Life seems perfect for John Brennan until his wife, Lara, is arrested for a gruesome murder she says she didn’t commit. Three years into her sentence, John is struggling to hold his family together, raising their son and teaching at college while he pursues every means available to prove her innocence. With the rejection of their final appeal, Lara becomes suicidal and John decides there is only one possible, bearable solution: to break his wife out of prison. Refusing to be deterred by impossible odds or his own inexperience, John devises an elaborate escape plot and plunges into a dangerous and unfamiliar world, ultimately risking everything for the woman he loves. Russell Crowe and Elizabeth Banks will be seen playing the couple, while Liam Neeson takes the role of the ex-con. Olivia Wilde, Jonathan Tucker and RZA also land roles in this crime thriller, which will also be filled with romantic sequences. Paul Haggis (Crash, In the Valley of Elah) takes the directing duty in addition to writing the screenplay along with Fred Cavayé. The Next Three Days hits theaters on November 19th, 2010.

How Do You Know Trailer
Love and Other Drugs Trailer
Advertisement