The King’s Speech won best-produced film from the Producers Guild of America on Saturday, a great courage to its Oscar ambitions in an awards season so far much swollen by The Social Network. On the same night the organization praised Scott Rudin, the primary producer on ” The Social Network,” with a lifetime achievement award. Other films in line for the best-produced movie of the year were Black Swan, The Fighter and Toy Story 3, which won best-produced animated film. The Producers Guild of America represents more than 4,500 producers nationwide, prepared for its 22nd annual Producers Guild Awards — set for Saturday at the Beverly Hilton. Producers Guild and other industry honors could improve Oscar chances because many members of the PGA and WGA also belong to the Academy, whose members cast votes for the Oscars. In the last three years, the Producers Guild and the Academy have agreed on best picture winners. The Producers Guild gave its best-produced documentary award to Waiting for Superman, a film that features the failures of the U.S. educational system. Best-produced TV comedy series went to ABC’s Modern Family, while best TV drama was won by AMC’s Mad Men. The best-produced long-form TV award went to HBO’s WWII drama The Pacific, which counts actor Tom Hanks among its producers. 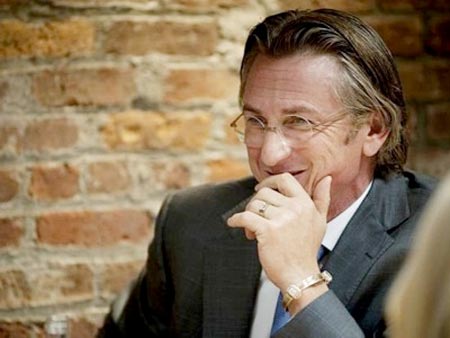 Sean Penn Actor Sean Penn was honored by the Producers Guild with the Stanley Kramer Award for his work in social issues, including his recent relief efforts in earthquake-struck Haiti. Does it open up the race for a true surprise on February 27? Much to consider, but in the meantime, here is the complete list of 2011 PGA Award winners