Connect with us
Here’s an exlusive clip from Academy Award-nominated Julie Taymor‘s upcoming big-screen adaptation of Shakespeare’s mystical thriller The Tempest. [Via ComingSoon.net] 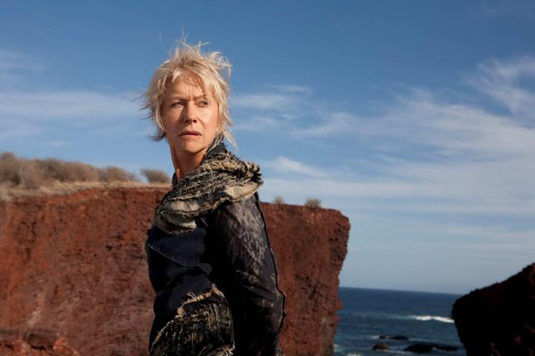 Helen Mirren in The Tempest Taymor (Across the Universe, Frida, Titus) brings an original dynamic to the story by changing the gender of the sorcerer Prospero into the sorceress Prospera, portrayed by Oscar winner Helen Mirren. Prospera’s journey spirals through vengeance to forgiveness as she reigns over a magical island, cares for her young daughter, Miranda, and unleashes her powers against shipwrecked enemies in this exciting, masterly mix of romance, tragicomedy and the supernatural. Here’s The Tempest synopsis: The film tells the tale of the Duchess Proaperas’ banishment to a “primitive” Island with her young daughter where she is forced to master the elements of nature and magic. Prospera plots to return her Daughter to her rightful place and wreak revenge on those responsible for her downfall. When the opportunity arises she calls forth a powerful storm (Tempest) to bring her betraying brother and all the key players in her usurping to the Island where she will have a decidedly “home court” advantage. The movie also stars Russell Brand (Trinculo), Alfred Molina (Stephano), Djimon Hounsou (Caliban) ,Alan Cumming (Sebastian), Chris Cooper (Antonio), Ben Whishaw (Ariel) and David Strathairn (Alonso). The Tempest hits theaters on December 10th, 2010.
Continue Reading
Advertisement
You may also like...
Related Topics:Alan Cumming, Alfred Molina, Ben Whishaw, Chris Cooper, David Strathairn, Djimon Hounsou, Helen Mirren, Russell Brand, The Tempest