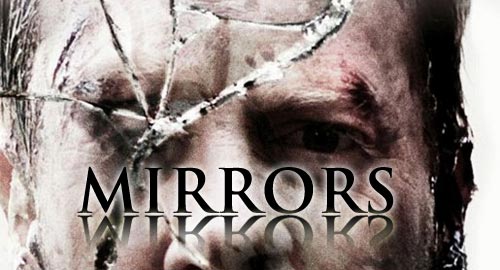 20th Century Fox has released three new international posters for the Alexandre Aja‘s horror film “Mirrors“The film stars Kiefer Sutherland, Amy Smart, Paula Patton, Jason Flemyng, Julian Glover, Ezra Buzzington and John Shrapnel. Alexandre Aja directed the project, based on a screenplay that he co-wrote with Joe Gangemi. “Mirrors” is the remake of Korean horror movie from 2003, in which a mall security guard becomes wrapped up in a mystery involving a particular department store’s mirrors which seem to bring out the worst in people. Kiefer Sutherland plays an ex-cop who works security at a mall who tries to discover the origin of the evil. Paula Patton plays the guard’s soon-to-be ex-wife, a coroner who has a hard time believing her husband’s claims, at least initially. “The Mirrors” will be released in theaters on August 15th. [ShockTillYouDrop]