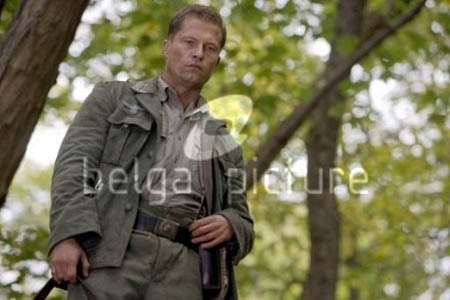 In the film, Til Schweiger plays a bloodthirsty maniac named Hugo Stiglitz, who was previously a German soldier but is now a part of Lt Aldo Raine’s (Brad Pitt) squad of Nazi-killing Jews. Quentin Tarantino’s upcoming remake of Enzo Castellari’s “Inglorious Bastards,” now is officially titled as “Inglorious Basterds.” 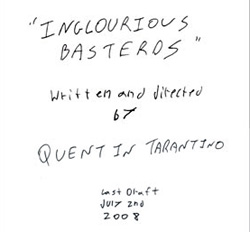 Basterds movie has also new synopsis: Inglourious Basterds begins in German-occupied France, where Shoshanna Dreyfus (Mélanie Laurent) witnesses the execution of her family at the hand of Nazi Colonel Hans Landa (Christoph Waltz). Shosanna narrowly escapes and flees to Paris, where she forges a new identity as the owner and operator of a cinema. Elsewhere in Europe, Lieutenant Aldo Raine (Brad Pitt) organizes a group of Jewish soldiers to engage in targeted acts of retribution. Known to their enemy as “The Basterds,” Raine’s squad joins German actress and undercover agent Bridget Von Hammersmark (Diane Kruger) on a mission to take down the leaders of The Third Reich. Fates converge under a cinema marquee, where Shosanna is poised to carry out a revenge plan of her own… “Inglourious Basterds” will be released in 2009, and will possibly debut at the Cannes Film Festival. Check out the teaser poster for “Inglourious Basterds” with “old” title. 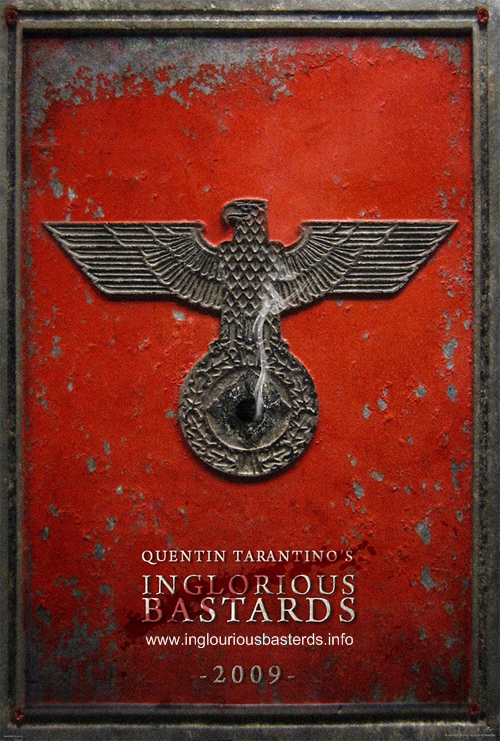