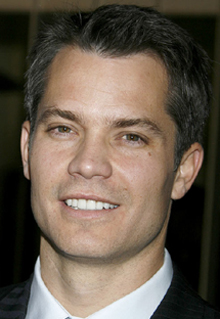 Timothy Olyphant has joined I Am Number Four. If you have no idea what this movie is about, then you’re definitely the right person for this report. This upcoming D.J. Caruso project is actually the adaptation of James Frey and Jobie Hughes’s teen sci-fi alien book. And what’s also interesting about whole “Four”-thing, is the fact that Sharlto Copley is no longer attached to this project. We were little surprised, but this is (kind of official) explanation: “he is dropping out of it, due to scheduling conflicts with having to promote The A – Team this summer…” But let’s get back to the project! I Am Number Four focuses on the fate of nine gifted children and their guardians, the sole survivors of a bitter war on their home planet called Lorien, who have settled on Earth under the protection of a charm that means their enemies can only kill them in numeric order. Three of the nine are dead; the novel’s narrator is number Four. The nine children and their guardians evacuate to earth and the protagonist, a Lorien boy named John Smith, hides in Paradise, Ohio, as a human and tries to evade his predators.” Co-starring with Olyphant will be Alex Pettyfer (Stormbreaker) as the lead teenager Number Four and Teresa Palmer as Number Six. On the other hand, recent casting additions include Kevin Durand and Dianna Agron. D.J. Caruso is in charge for directing, with Michael Bay as a producer. The screenplay adaptation was written by Smallville creators Al Gough and Miles Millar and there is already information that release date is February 18, 2011. And, if you’re still interested in the first part where we talked about Copley’s reasons for dropping out of I Am Number Four, let’s once again repeat that he left after “scheduling conflicts due to press tour for The A-Team, but… We heard a different reason, (trust us, this is going to sound little bit… weird?). We’ll have to quote this, because we’re still in shock: “Sharlto Copley wanted wear a prosthetic nose and fake ears like Spock and look like an alien in the movie, while director D.J. Caruso was adamant that the aliens were supposed to look just like regular humans, hence why they’re able to fit in.” Unbelievable ego-thing, indeed. Anything else we should say after this? Nope, end of report! Stay tuned!
Continue Reading
Advertisement
You may also like...
Related Topics:Alex Pettyfer, D.J.-Caruso, Dianna Agron, I Am Number Four, Kevin Durand, michael bay, Sharlto Copley, Teresa Palmer, Timothy Olyphant