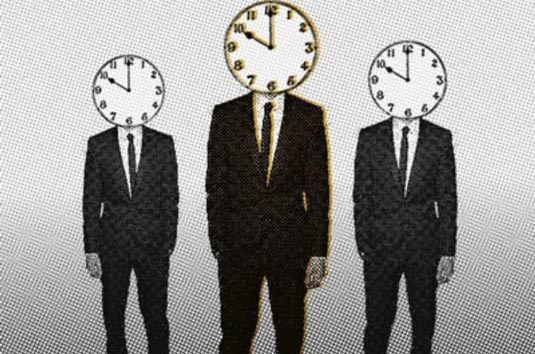 Director Tom Holland (Fright Night, Child’s Play) is venturing into Stephen King territory once again (not again! Give the writer a break! Nice, long, relaxing, no-writing break.) with a feature film adaptation of The Ten O’Clock People. Holland and King have previously collaborated on the popular thrillers The Langoliers and Thinner. After an extended hiatus, Holland returned to directing in 2007 as a featured director in the praised Masters of Horror series for Showtime. Currently he is writing and directing Twisted Tales, a series of shorts for FEARnet. King’s The Ten O’Clock People was a short story published in 1993 as part of his “Nightmares and Dreamscapes” collection and was notable for being set in Boston, Massachusetts as opposed to his all-present Maine setting. Wow, that’s a wonder! The story follows Brandon Pearson, who, trying to kick his smoking habit, uncovers a frightening aspect of reality, and plans to extinguish the habbit through extreme measures. Inspired by his own struggle, “this story was Stephen trying to deal with his cigarette issues and the fairly new no-smoking laws back in the 90’s. This film will be a modernization of the original short story, a paranoid suspense piece,” commented Holland. “With Ron Howard’s The Dark Tower adaptation and remakes of Carrie and The Stand on the horizon, 2013 is shaping up to be the year of King,” said producers Nathaniel Kramer and E.J. Meyers. “We’re excited to be contributing to it.” The Ten O’Clock People will begin filming this summer and is produced by Making Ten O’Clock Productions and Holland’s Dead Rabbit Films. Gee. I’m now puzzled as to how on Earth extreme those measures can be. As an ex-smoker (five years and counting, just for the record) who decided to quit by throwing a newly bought pack of cigarettes after smoking half of the first cigarette from it, I mean, how hard can it be? You’ve heard of the willpower, people, no? Anyway, this kinda proves my recently reiterated opinion that Steven King so doesn’t even try to be inventive anymore, he writes down anything that comes to his mind while sitting on a ‘throne’ (if you get me), and it will be filmed right away. No matter the absurdity of it.
Continue Reading
Advertisement
You may also like...
Related Topics:Carrie, Fright Night, Ron Howard, Stephen King, The Dark Tower, The Stand, The Ten O'Clock People, Tom Holland