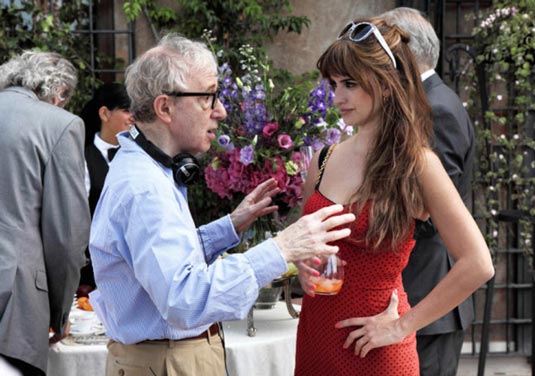 Director Woody Allen has announced details for his next movie, which he’ll shoot in San Francisco and his native New York. Acclaimed director said that the cast will be an all-star, led by Oscar-winner Cate Blanchett, comedian Louis C.K. and actor Alec Baldwin, according to Reuters. The cast will also include British actress Sally Hawkins, Michael Emerson (Lost), comedian Andrew Dice Clay and Green Lantern star Peter Sarsgaard. The as yet untitled Woody Allen’s project is 76-year-old’s 40th film and this will be the first time Allen has set one of his movies in San Francisco since his 1969 directorial debut, Take The Money And Run. The film also a marks a return to an American backdrop for his story since, as we know, his last three projects have been set in London, Paris and Rome. He recently won the Best Original Screenplay Oscar this year for Midnight in Paris, starring Owen Wilson. In his latest film “To Rome with Love”, which will be released in the US on June 22, Allen appears alongside Penelope Cruz and Jesse Eisenberg.
Continue Reading
Advertisement
You may also like...
Related Topics:Alec Baldwin, Andrew Dice Clay, Cate Blanchett, Green Lantern, Jesse Eisenberg, Lost, Louis C.K., Michael Emerson, Midnight in Paris, Owen Wilson, Penelope Cruz, Peter Sarsgaard, Sally Hawkins, To Rome with Love, Woody Allen