Connect with us
What if Batman was the Joker? Well, looks that we’ll soon have an answer on that one, because 20th Century Fox has acquired screen rights to Mark Millar‘s graphic novel, called Nemesis, and, that’s not all! 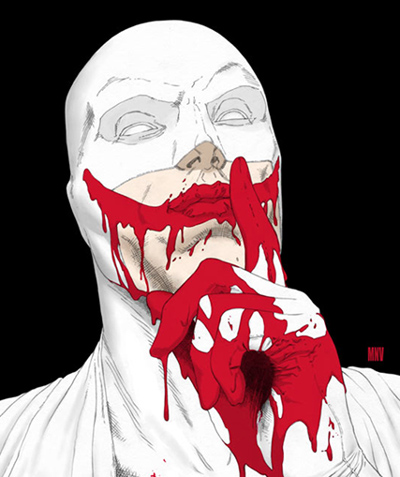 Tony Scott, best known from titles like Enemy of the State and True Romance is set to direct the project! Here’s quite interesting official comic description from Marvel: “Civil War? Nothing. Kick-Ass? A warmup. What if the smartest, toughest costumed bad ass in the world was totally evil? Meet Nemesis. He’s systematically been destroying the lives of every police chief in Asia, and he’s now set his sights on Washington, DC. Between you and me, the police don’t have a chance.” So, Nemesis focuses on Matt Anderson, a billionaire genius who’s the world’s greatest fighter, bent on avenging the death of his beloved parents. The twist is, they were villains and he is also a bad guy, a costumed vigilante who travels the world, picking off top cops. He returns to D.C. to launch a campaign of terror against Blake Morrow, the police chief who captured the caped vigilante’s parents. Mark Millar’s comic creations Wanted and Kick-Ass have both recently been brought to the big screen, and The Ultimates was made into two animated Ultimate Avengers features on DVD. Lucky and very busy guy indeed! And, he looks very excited about this new project, especially about the collaboration with director Scott: “As you can imagine, I’m more than excited. Steve McNiven is delirious and this puts our books instantly in an entirely different league in Hollywood terms. Tony Scott said this was a very timely project and Fox wants to get this moving as soon as possible. Next up is a script and the writer we talked about did one of my top five movies of all time. The actor he’s shooting for as the lead character is going to blow your socks off.” This sounds like some serious warning! Stay tuned!
Continue Reading
Advertisement
You may also like...
Related Topics:Mark Millar, Nemesis, Tony Scott

James Cameron on Avatar Re-Release, Avatar Novelization, Titanic 3D, At the Mountains of Madness 3D
Stellan Skarsgard in The Girl With The Dragon Tattoo
Advertisement