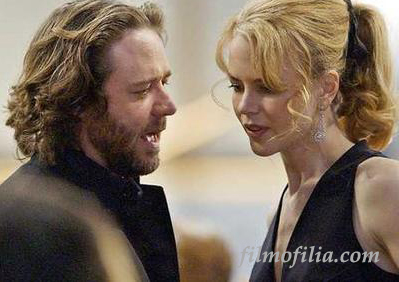 The list is compiled by comparing stars’ salaries to the gross income made by their films. 1. Russell Crowe 2. Nicole Kidman 3. Jim Carrey 4. Will Ferrell 5. Jennifer Lopez 6. Adam Sandler 7. Cameron Diaz 8. Denzel Washington 9. Will Smith 10. Tom Cruise Comedians Jim Carrey and Will Ferrell followed in third and fourth positions. Apparently, Carrey is taking a huge risk on his next film ‘Yes Man’, as he’s not being paid anything upfront and will only get paid if the film makes money. American Gangster has already made $173m worldwide; almost double the $100m it cost to create. Kidman earned second place after earning a reported $15m for her most recent film ‘The Golden Compass’, despite only making $26m in its US debut weekend, compared to the $200m it reportedly cost to make. Angelina Jolie – who is apparently paid less than Kidman, averagely grosses $15m per film. Jennifer Lopez was the fifth contender. According to reports, her 2003 Gigli film did not earn as much as it cost to make. Adam Sandler, Cameron Diaz, Denzel Washington, Will Smith and Tom Cruise also featured in the list.
Continue Reading
Advertisement
You may also like...
Related Topics:Jim Carrey, Nicole Kidman, Russell Crowe