Happy 4th of July! Here’s a cool trailer in a very hot Independence Day — a reissue trailer for the sci-fi classic Total Recall, which went through a complete digital restoration, overseen by director Paul Verhoeven. Attached to the release of the Len Wiseman directed remake (August 3rd) and over two decades since the original Total Recall came out (1990), the Arnold Schwarzenegger’s favorite movie is coming to Blu-ray on July 31st. Co-starring Sharon Stone, Rachel Ticotin and Ronny Cox, the film is based on Philip K. Dick‘s short story, ‘We Can Remember It for You Wholesale’ and follows construction worker Doug Quaid (Schwarzenegger) as he uncovers a conspiracy within his own memories that calls into question his identity and takes him on a journey to Mars. StudioCanal, which has released a reissue trailer for the sci-fi classic is bringing the original movie back to U.K. theaters for one night only on July 10th. Please be warned that this video does feature nudity and potential spoilers for those who have not seen it. [youtube]http://www.youtube.com/watch?v=2xbodk7S2KA[/youtube] 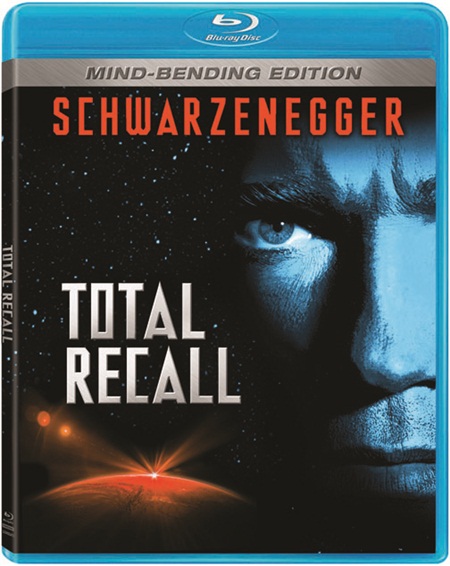