While the first Grown Ups had a trailer that revolved around older men peeing in a pool, the new trailer for Grown Ups 2 lets us the deer urinating on Adam Sandler. The necessity of the sequel in achieving continuity has been satisfied, but a bit bizarre in this way. Well, there are some cameos from Shaquille O’Neal and Andy Samberg along with a nice flip on the ‘hot girl car trouble’ scene from the original film. Yea I’ve noticed that Shaq has become a cop, which looks really funny. The film stars also Kevin James, Chris Rock, David Spade, Salma Hayek, Maria Bello, Maya Rudolph, Nick Swardson and Patrick Schwarzenegger. Grown Ups 2 opens in theaters on July 12nd, 2013. Here’s the first trailer for director Dennis Dugan‘s comedy sequel: Here’s the official synopsis:

The all-star comedy cast from Grown Ups returns (with some exciting new additions) for more summertime laughs. Lenny (Adam Sandler) has relocated his family back to the small town where he and his friends grew up. This time around, the grown ups are the ones learning lessons from their kids on a day notoriously full of surprises: the last day of school.

And here’s the poster: 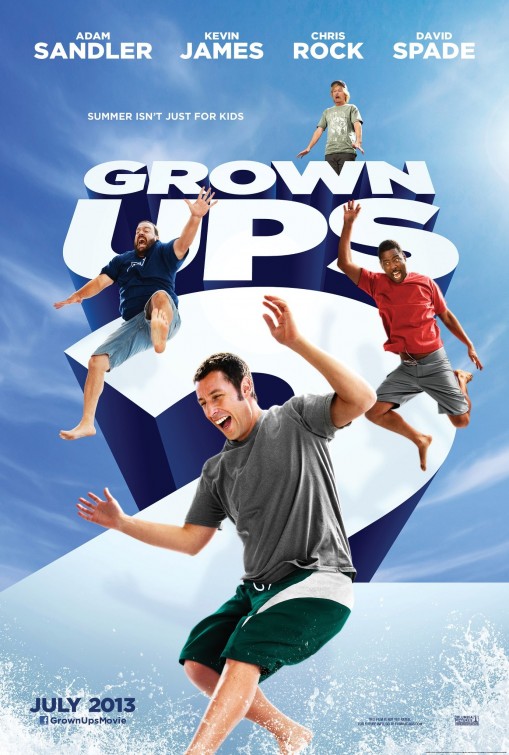