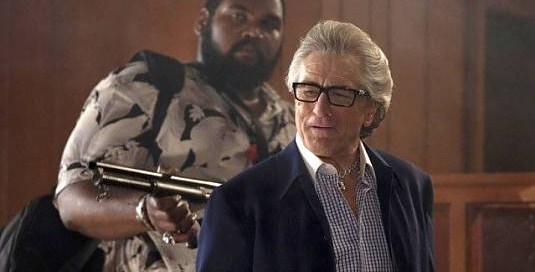 Hey guys, we have some great images from David Grovic‘s action thriller Motel and as usual – we’re here to share them with you! Check out the rest of this report and take a better look at the leading duo – Robert De Niro and John Cusack. Still nothing about the official release date (the movie is currently in post-production) but one thing is for sure – the whole thing looks pretty cool at this moment!

David Grovic directed the movie from a script he co-wrote with Paul Conway (an original screenplay comes from James Russo) and the story revolves around a hitman who is hired by a famous mob boss. The rest of the story goes like this:

To complete the job, the man must fight his way through a cast of other shadowy characters who also have been summoned by the mobster to a decrepit backwater motel in the Delta bayous. When the man crosses back with a mysterious woman, they partner up to escape from the crime boss’ clutches and survive a night of murderous havoc.

Click on these images to take a better look and stay tuned for more updates on Motel!