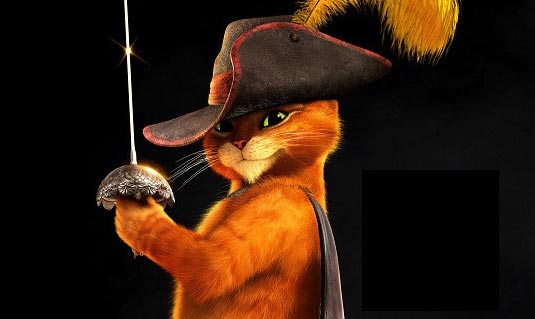 DreamWorks Animation has released two new posters for Puss in Boots. The Shrek spin off itself follows Puss (Antonio Banderas) in the years before he meets the eponymous green ogre. We meet the proud pussy as he embarks on a mission to steal the famous goose that lays the golden eggs, working with mastermind Humpty Dumpty (Zach Galifianakis) and partnered in crime by the savvy and sexy Kitty Softpaws (Salma Hayek). The movie also features voice acting from Billy Bob Thornton and Amy Sedaris ( Jack & Jill ). Puss in Boots arrives in 2D and 3D theaters on October 28th, 2011. Check out the Puss in Boots posters below: