Today we have two new international posters (Argentinian and Japanese) for Kathryn Bigelow‘s Zero Dark Thirty, the thriller about the hunt and assassination of terrorist leader Osama Bin Laden.

For a decade, an elite team of intelligence and military operatives, working in secret across the globe, devoted themselves to a single goal: to find and eliminate Osama bin Laden. Zero Dark Thirty reunites the Oscar(R) winning team of director-producer Kathryn Bigelow and writer-producer Mark Boal (The Hurt Locker) for the story of history’s greatest manhunt for the world’s most dangerous man. 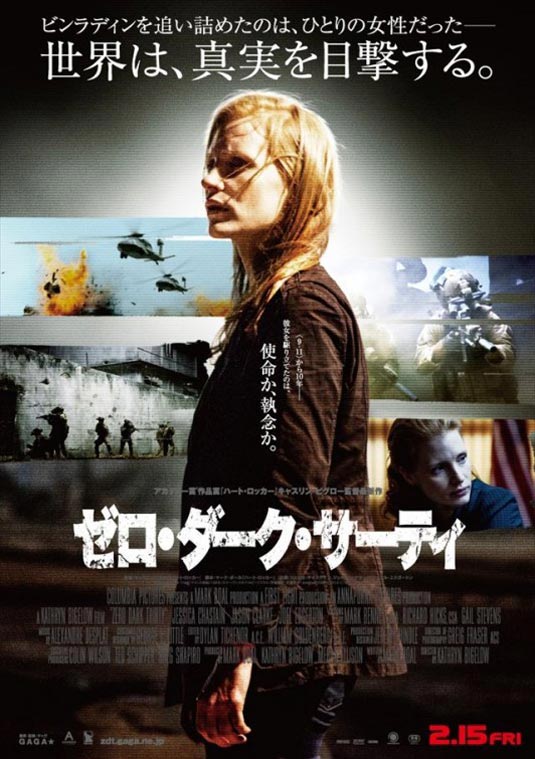