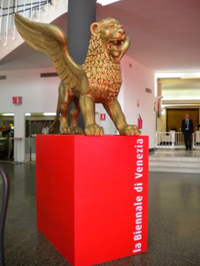 Quentin Tarantino, this year’s head of the Jury said:

Johnny Marco (Stephen Dorff) is a bad-boy A-List actor stumbling through a life of excess while living at Hollywood’s legendary Chateau Marmont Hotel. His days are a haze of drinks, girls, fast cars and fawning fans.

Johnny has lost all sense of his true self. Until, that is, his 11-year-old daughter Cleo (Elle Fanning) unexpectedly shows up and unwittingly begins to anchor him. Johnny’s fragile connection to real life slowly revives in her presence…

Gallo did not attend the ceremony.

“I am sure that he (Gallo) wants to thank his director, me, and his screenwriter, also me, and also his producer, me again,” Skolimowski joked.

The Marcello Mastroianni prize for young performer went to Mila Kunis for her supporting role in Darren Aronofsky‘s Black Swan.

Here’s the list of In Competition movies and now you can check out the list of the Venice Film Festival 2010 winners: