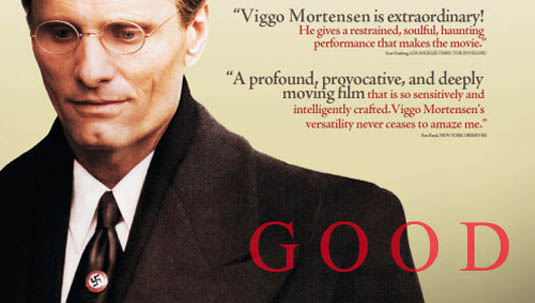 “Good” where Viggo Mortensen – the Oscar nominee – leads a cast including Mark Strong, Jason Isaacs, Steven Mackintosh, Jodie Whitaker, Gemma Jones and Rick Warden. The drama is directed by Vicente Amorim from the script by John Wrathall based on a play by Cecil Philip Taylor. John Halder (Mortensen) is a ‘good’ and decent individual with family problems: a neurotic wife, two demanding children and a mother suffering from senile dementia. A literary professor, Halder explores his personal circumstances in a novel advocating compassionate euthanasia. When the book is unexpectedly enlisted by powerful political figures in support of government propaganda, Halder finds his career rising in an optimistic current of nationalism and prosperity. Seemingly inconsequential decisions lead to choices, which lead to more choices… with eventually devastating effect. [flv]http://media.kino-govno.com/movies/g/good/trailers/good_trailer_640.flv[/flv] “Good” made its world premiere at this year’s Toronto International Film Festival. It will be released on December 31, 2008. Mortensen has appeared in “Appaloosa,” “Eastern Promises,” “A History of Violence,” “Hidalgo,” “The Lord of the Rings,” “Psycho,” “A Perfect Murder,” “Vanishing Point” and in many others. His next movie is “The Road” –  John Hillcoat‘s new movie based on Cormac McCarthy‘s post-apocalyptic novel which is pushed back from this past November to an undisclosed time next year because post-production was still in progress. 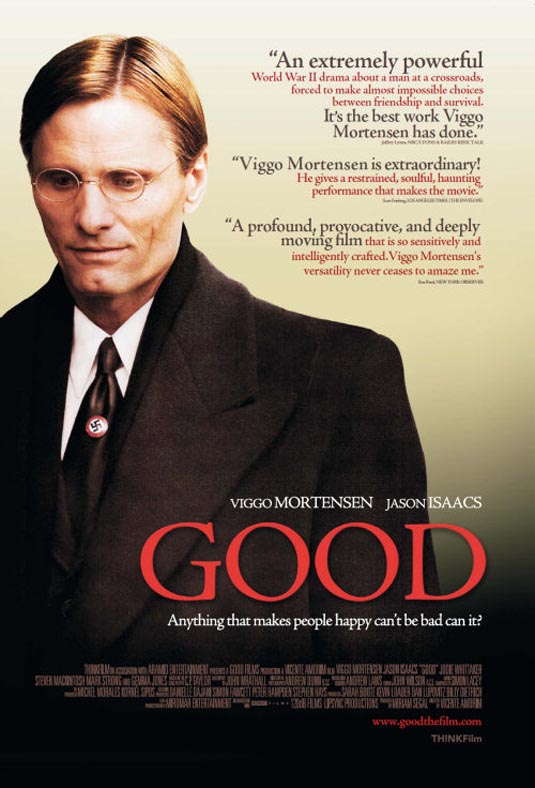