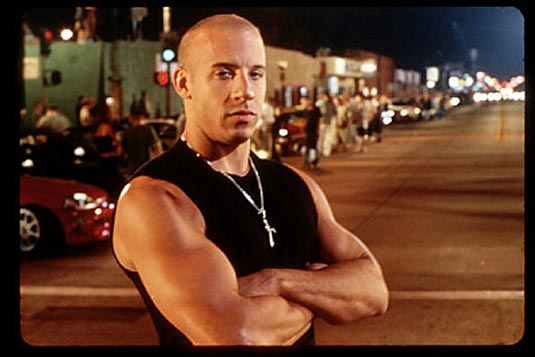 Vin Diesel, who stars in “Babylon A.D.” which hits theaters this Friday , told ComingSoon.net today that he is directing a 20-minute prequel to “Fast and Furious 4.” Diesel will star in the prequel along with Michelle Rodriguez reprising her role as Letty and Sung Kang returning as Han. Rodriguez only appeared in the first movie, Sung Kang was in the third, and Diesel was in the first with a cameo in the third. He didn’t mention however what format the prequel would be released. Maybe a special feature on the DVD, a TV special or possibly a webseries. “Fast and Furious 4” opens on June 5, 2009. Fugitive ex-con Dom Toretto (Diesel) reignites his feud with agent Brian O’Conner (Paul Walker). But as they are forced to confront a shared enemy, Dom and Brian must give in to an uncertain new trust if they hope to outmaneuver him.
Continue Reading
Advertisement
You may also like...
Related Topics:Brian O'Conner, Fast and Furious 4, Michelle Rodriguez, Paul Walker, Sung Kang, Vin Diesel