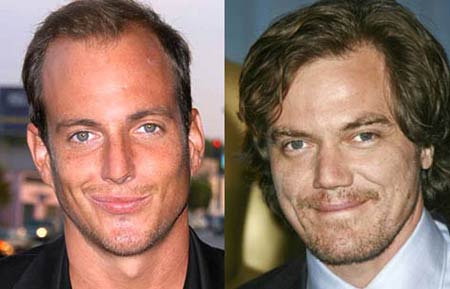 Will Arnett and Michael Shannon have joined the cast of Warner Brothers upcoming “Jonah Hex” movie, based on  graphic novel which is created by writer John Albano and artist Tony DeZuniga. Arnett, known as a comic actor, will play a straight-arrow Union soldier who enlists Hex and is blindsided by the dirty fighting style of his enemies. Oscar nominee Shannon (“Revolutionary Road“) has been cast as circus group leader Doc Cross Williams. Josh Brolin (Jonah Hex), John Malkovich and Megan Fox will also star in the Jimmy Hayward-directed movie, who is former Pixar animator. The DC Comics adaptation revolves around a bounty hunter, an American Civil War veteran with scars covering the right side of his face, who attempts to stop a Southern plantation owner from raising an army of the undead. The movie will be a sort of sci-fi western, even though the comic book is not sci-fi at all. “Jonah Hex” is due to start production this month in Louisiana.
Continue Reading
Advertisement
You may also like...
Related Topics:Jimmy Hayward, John Malkovich, Jonah Hex, Josh Brolin, megan fox, Michael Shannon, Will Arnett