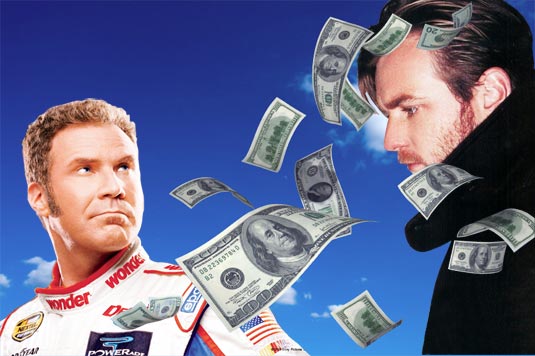 Will Ferrell and Ewan McGregor on Wednesday headed a Forbes.com list of Hollywood’s most overpaid stars when looking at the financial returns of their movies. Ferrell tops the list of stars who cost more than their movies do, taking in one dollar for every $3.29 his films make. According to Forbes, “Land of the Lost” cost an estimated $US100 million to make but earned just $US65 million at box offices worldwide for movie studio Universal Pictures. The movie followed a disappointing $US43 million box office for Ferrell’s 2008 outing “Semi-Pro”, and $US128 million for “Step Brothers.” No. 2 on the overpaid actors list is Ewan McGregor (I Love You Phillip Morris, Angels & Demons, The Men Who Stare at Goats, Amelia), who made a slew of poorly performing movies after playing Obi-Wan Kenobi four years ago in “Star Wars: Episode III — Revenge of the Sith.” McGregor’s films earned $3.75 per dollar he was paid. Forbes 10 Most Overpaid Stars were:
Continue Reading
Advertisement
You may also like...
Related Topics:Ewan McGregor, Will Ferrell