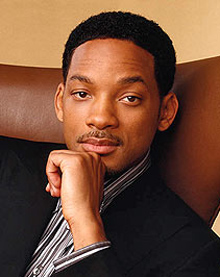 Will Smith is attached to star and produce upcoming Old Testament-based project The Legend of Cain. The film is already being described as “an epic re-telling of the murderous sibling rivalry in the book of Genesis”, only this time with some – vampiric twist, thanks to Caleeb Pinkett, Dan Knauf and Andrea Berloff who are behind the script. So, the movie is a supposed ‘epic’ re-telling of the Biblical tale of parricide featuring brothers Cain and Abel. In the original scriptures, Cain, a farmer, murdered his shepherd brother after God rejected his own offerings of crops but accepted the animal sacrifices of Abel. God marked him and punished him to wander the Earth. At this moment, we have no details about this new version of the story, but we do know that Smith will play Cain in the movie, which he’s co-producing with Overbrook Entertainment partners James Lassiter, Ken Stovitz and wife Jada Pinkett Smith. The project is still in the early stages of development and no studio or director is attached. As usual, we’ll keep you updated, stay tuned!
Continue Reading
Advertisement
You may also like...
Related Topics:Will Smith