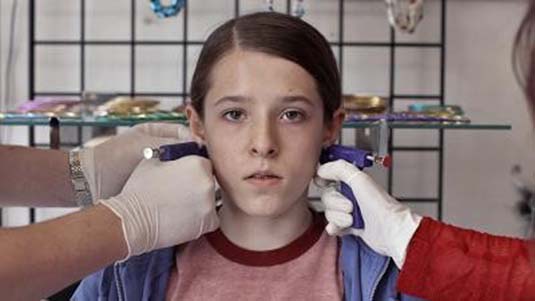 Jane Campion and the Jury announced the winners of the 16th Cinéfondation Selection at this year’s Cannes Film Festival. The Cinéfondation Selection consisted of 18 student films, chosen out of nearly 1 500 entries coming from 277 film schools around the world. The first prize went to Anahita Ghazvinizadeh, a student at the School of the Art Institute of Chicago, for her short film Needle, which follows a young girl who is going to get her ears pierced. The second prize was awarded to Waiting For The Thaw, directed by Sarah Hirtt, a student at INSAS in Belgium. The third prize was shared between Tudor Cristian Jurgiu of Romania’s UNATC and Matúš Vizár of Czech Republic’s FAMU for their respective films In the Fishbowl and Pandas. The awarded films will receive €15,000 for the First Prize, €11,250 for the Second and €7,500 for the Third. The First Prize winner, Anahita Ghazvinizadeh, is also guaranteed that his first feature film will be presented at the Festival de Cannes. First Prize: NEEDLE directed by Anahita Ghazvinizadeh The School of the Art Institute of Chicago, USA Second Prize: WAITING FOR THE THAW (En attendant le dégel) directed by Sarah Hirtt INSAS, Belgium Third Prize ex-aequo: ÎN ACVARIU (In the Fishbowl) directed by Tudor Cristian JURGIU UNATC, Romania Joint Third Prize: PANDY (Pandas) directed by Matúš VIZÁR FAMU, Czech Republic