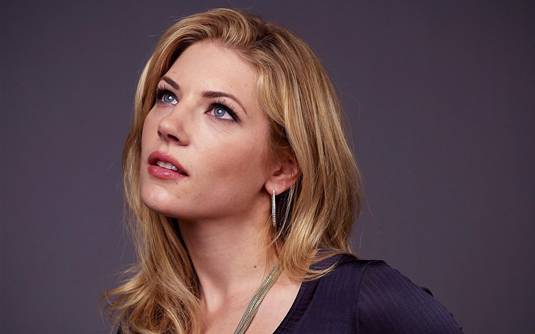 Two weeks after Dimension Films announced that it has acquired U.S. distribution rights to the heist comedy The Black Marks, Katheryn Winnick is set to star opposite Kurt Russell and Matt Dillon. The film, written and directed by Jonathan Sobol (A Beginner’s Guide to Endings) will also star another Canadian thesp, Jay Baruchel who has had a successful career in comedy films. The plot centers around Crunch Calhoun (Russell), a third-rate motorcycle daredevil and semi-reformed art thief too who agrees to get back into the con game and pull off just one more art scam with his untrustworthy brother Nicky (Dillon). Crunch reassembles the old team and comes up with a plan to steal a priceless historical book, but the successful heist leads to another, far riskier, plan devised by Nicky. The plan goes awry, however, as it turns out that both brothers have their own agendas. Winnick will play an Ukranian showgirl who is Russell’s girlfriend and support system in this con flick about brotherhood, honor and revenge, which will begin shooting in Hamilton and southern Ontario, Canada, later this month. Well, it would have to be very soon. I have no doubt this role fit her perfectly as she won silver medals at the Canadian National tae kwon do finals and is a licensed bodyguard. Canadian film and TV actress, who is also of Ukrainian descent and speaks fluent Ukrainian, recently wrapped production on A Glimpse Inside the Mind of Charlie Swan III with Charlie Sheen. Check Winnick out in the trailer for 2006 sports comedy film starring Burt Reynolds. [youtube]http://www.youtube.com/watch?v=l0plhoieSgg[/youtube]