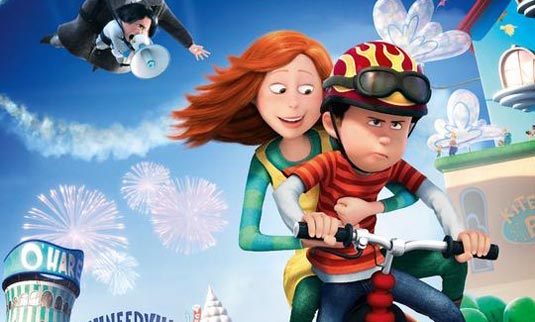 Universal Pictures has unveiled the third international (Spanish language)  poster for 3D animated adaptation of Dr. Seuss’ The Lorax, which is being developed by Illumination Entertainment (Despicable Me, Hop) and has a voice cast comprised of Danny DeVito, Zac Efron, Ed Helms, Taylor Swift, Rob Riggle and Betty White. The 3D-CGI feature is an adaptation of Dr. Seuss’ classic tale of a forest creature who shares the enduring power of hope. The animated adventure follows the journey of a boy as he searches for the one thing that will enable him to win the affection of the girl of his dreams. To find it he must discover the story of the Lorax, the grumpy yet charming creature who fights to protect his world. Dr. Seuss’ The Lorax is directed by Chris Renaud and is set to hit theaters on March 2nd, 2012.