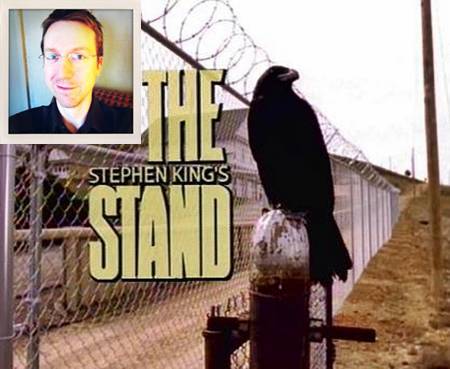 Warner Bros. adaptation of Stephen King’s The Stand has landed screenwriter David Kajganich. Previously, Ben Affleck has accepted studio’s offer to direct their blockbuster version of  1,100 page apocalyptic 1978 book, replacing director David Yates. The Stand is a novel where a plague nicknamed Captain Trips, developed at a U.S. Army base  has caused mass devastation to the planet, wiping out almost everyone. The novel focuses on the riffraff group of survivors who share dreams of a mysterious evil being and they team-up, forming a community to try to rid them of it. One of the most popular novels of the American novelist birthed a pretty cool mini-series in the 90s with Gary Sinise. With a big scale budget and someone as imaginative as Affleck, the possibilities are truly endless. Kajganich’s studio credits include Oliver Hirschbiegel’s The Invasion, Joel Schumacher’s Town Creek aka Blood Creekalong with the upcoming adaptation of Stephen King’s novel IT for Warner Bros Warners was impressed with Kajganich’s draft and decided that he was fit for boasting King again. On his plate he also has a television project about capital punishment in America for HBO, and an adaptation of the French graphic novel series Le Tueur for director David Fincher. Affleck is hard at work finishing his current directorial effort, Argo, which will be ready for its September 14th release. Check out the trailer for ABC’s TV miniseries of The Stand below: [youtube]http://www.youtube.com/watch?v=qsMp2pZK-Cw[/youtube]
Continue Reading
Advertisement
You may also like...
Related Topics:Ben Affleck, Stephen King, The Stand

Winnick Joins Russell and Dillon in THE BLACK MARKS
For the Second Year, Johnny Depp is America’s Favorite Actor
Advertisement