Connect with us
Hugh Jackman has sent AICN a note about the additional filming taking place in Vancouver right now for “X-Men Origins: Wolverine.”

I wanted to reach out and let you know that due to scheduling conflicts with certain cast members and location/weather considerations, we had to wait until now to shoot a couple of scenes. Please rest assured that WOLVERINE will be badass and hopefully meet all of your expectations. I am stoked by the positive response to the teaser, which clearly reflects the tone and scope of the film. If you like that, we’ve got much more in store! In the meantime, here’s an exclusive shot of some characters you may recognize… Cheers, Hugh

He also sent along a new cast photo, which you can check out below (from left to right) Ryan Reynolds, Taylor Kitsch, Hugh Jackman, Liev Schreiber and Lynn Collins. 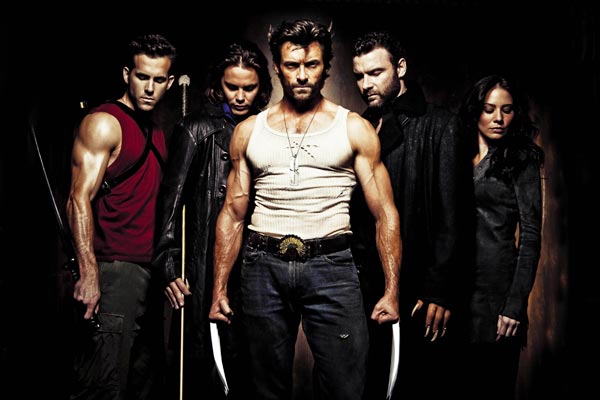