X-Men Origins: Wolverine kicks off the summer of 2009 not with a bang, but a semi-enthusiastic, ‘could have been better but it’s okay enough for an action film if that’s all it aspires to be’ whimper. Whimper’s not exactly the right word as that implies Wolverine completely sucks. It doesn’t. The action is eye-popping and in your face and the acting is spot on. Hugh Jackman does everything possible to make this fourth X-Men movie sparkle, but the story lets our mutant hero down…read more [about.com] A lot of people have complained about the entire story being a mess. I don’t need my X-Men movies to have the most fat-free, streamlined story arcs. But that comes with being a fan of the comic, and there were a ton of back issues mined for source material in the film. They tried to fit in a lot, and maybe to the film’s detriment in the eyes of Joseph Campbell purists. But I want my X-Men flicks crammed with Mutants, and we get a lot of ‘em we haven’t seen before: Blob, Wraith, Emma Frost, Agent Zero, and then a couple of guys known as Deadpool and Gambit. (Not necessarily a good thing in the case of the latter.)…read more [Screen Junkies] One thing that does surprise me about this supposedly $150 million + film, is how low rent it seems. The film is loaded with dodgy CGI (Wolvie’s early bone claws look particularly bad, as does the de-aging makeup on a surprise cameo near the end), is poorly lit, and the production design seems incredibly rinky-dink for a huge summertime blockbuster- especially compared to last year’s lavish IRON MAN…read more [JoBlo] The movie opens during Wolverine’s childhood, where we learn that he and Victor Creed (Sabretooth) are actually brothers. When their father is killed in front of them, Wolverine’s mutant power emerges and he and Victor run away together. In Vietnam, they are recruited into a secret group of mutant soldiers who run missions for William Stryker. Logan eventually decides that he has had enough of the killing and quits, moving up to Canada to make a peaceful living as a lumberjack, but a few years later, Victor comes looking for him. Stryker offers to help by giving Logan the opportunity to participate in an experimental program that will infuse his skeleton with the indestructible metal, adamantium…read more [Film Junk] 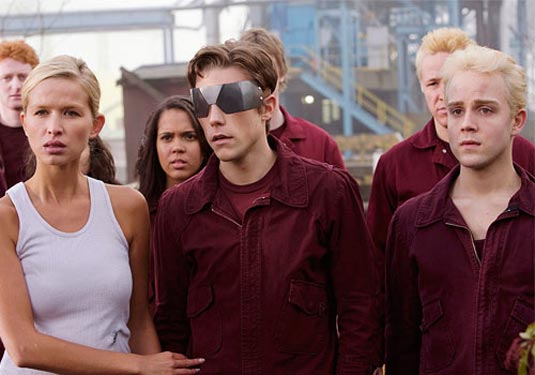 When we met Wolverine in the first X Men film, Logan aka buffed up Hugh Jackman was desperate to find out more about his past and in the subsequent films, Wolverine’s back story was a little more fleshed out and his involvement in the Weapon X project and with General Stryker was dealt with. So it’s curious to think that in X Men: Origins: Wolverine, you wouldnt expect too many new revelations. Basically, in this film, we get to see just a little bit more of Wolverine’s past (and a heck of a lot of shirtless Hugh Jackman who’s once again spent some serious gym time building those pecs)…read more [TV NZ] 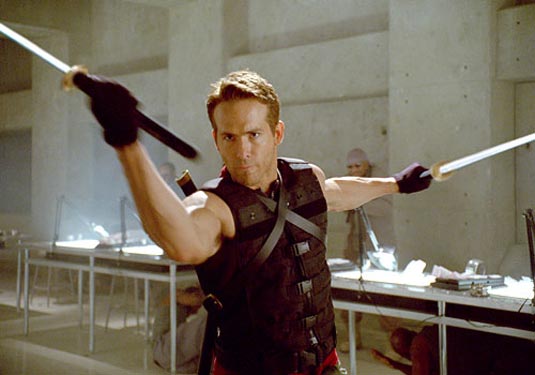 Mainly, however, it’s about how cool Jackman looks with his new metal claws, how buff he is with his shirt off (and with his shorts off, in a couple of scenes). The chases are exciting in a conventional motorcycle vs. helicopter sort of way. The repetitive brawls always involve Wolverine and somebody else, often Sabretooth, bellowing and running at each other. And the finale? There are two different endings, Fox tells us, damage control from the fact that the movie was leaked onto the Internet a month ago…read more [OrlandoSentinel] 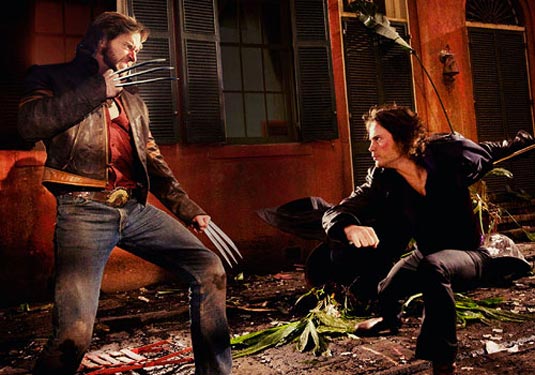 And best of all, there’s the movie’s villain, William Stryker. Who gets to say stuff like, “Become the animal.” (While Kayla says, “You’re not an animal,” over and over again. I sense a techno remix in the making.) Also, Stryker gets to say, “Embrace the other side,” which sounds like a come-on, especially as he leans over a naked Wolverine saying it. Plus “We’re going to make you indestructible. But first we have to destroy you.” And then there’s my favorite: “I promise you two things. You will endure more pain than any man has ever known, and you will have your revenge. And there will be a chocolate smoothie afterwards. Oh, damn. Three things. Pain, revenge, smoothie. And you get to be bishop of Nova Scotia. Crap! I promise you four things. No, wait. Five things!”…read more [io9] 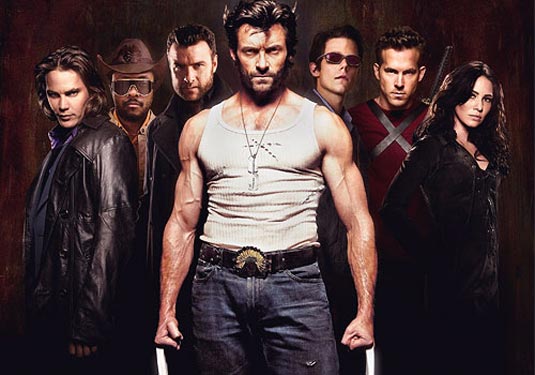 X-Men Origins:Wolverine takes us back to the beginning of Wolverine’s story and delivers a mixed bag of great Wolverine storytelling with a side order of “Why did they do that”. I really enjoyed the film, but I can sympathize with people who want to hang it out to dry for some of its glaring weaknesses. Take out Deadpool2, Adamantium Bullets, and anything Stryker says, and I would have given the movie an 8. But there were some head shaking moments that just ruined the experience for me…read more [TheMovieBlog] 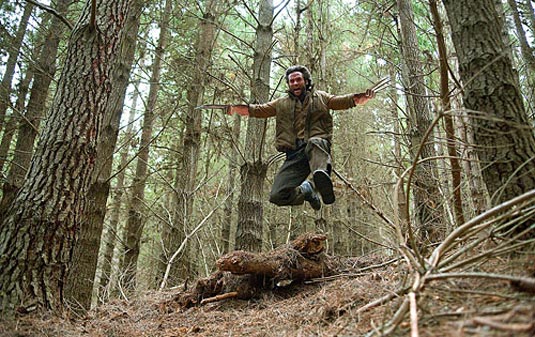 Whatever the reason, “X-Men Origins: Wolverine” falls victim to a shallow script that clearly fails to deliver a story line intriguing and unique enough to turn this prequel into a memorable experience. Alas, Hood’s film, though filled with decent action and nice visual effects, is nothing but a forgettable installment in a great series (not counting “The Last Stand”). What this film is really missing is character, a flaw that kept bugging me all throughout the movie. Sure, we do catch a good glimpse at what happened to Logan during his childhood and how he came to be so powerful and consumed by revenge, but other than that, the film clearly refuses to offer viewers a complex character they should really care about…read more [Screening Log] 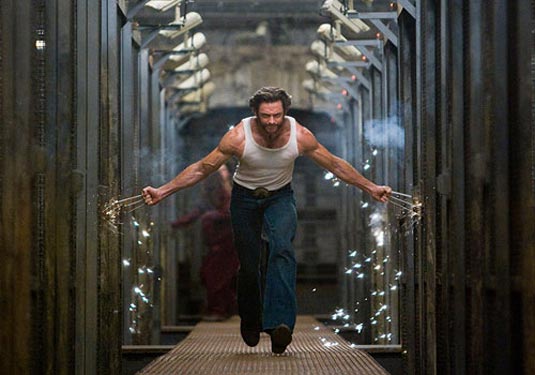 Taylor Kitsch did a good job as Gambit, and brought his game to the role. It was nice to finally see the character properly brought to the big screen. In one of the film’s key scenes, Gambit and Wolverine go head to head in a game of Texas Hold’em poker. I guess this scene was also meant to appeal to the legions of online poker fans too, because the scene also features poker pro, Daniel Negraneau…read more [ComicBookMovie] 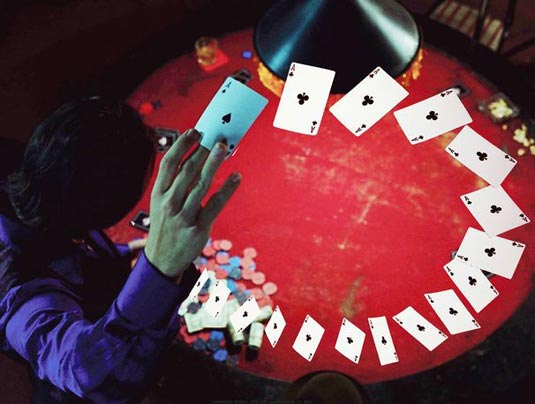 Hugh Jackman has already proved to us that he has the chops to pull off the role, so in my mind there is nothing but the script (by David Benioff and Skip Woods) and the Director (Gavin Hood) to blame. This script had to have been one of the victim’s of the writers strike. It looks like it never made it to a final revision. It felt like they were moving from cameo to cameo without any real substance the entire time. Everything was just a plot device to get the the next character that they had teased us with, but nothing really mattered…read more [ScreenCrave] 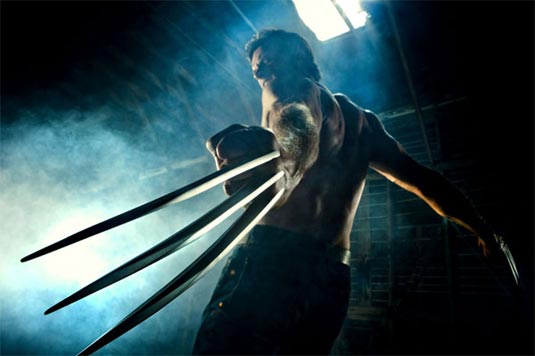 Screenwriters David Benioff and Skip Woods, who should know better, cave to pressure to crowd the movie with incident. All kinds of characters are introduced. I could have done with more of Remy LeBeau, aka Gambit (Taylor Kitsch), a New Orleans gambler, and less of Fred Dukes, aka The Blob (Kevin Durand), a fat bastard who looks like Mickey Rourke’s character in The Wrestler gone to blubber and seems to belong in another movie, aka Austin Powers in Goldmember. It’s all a jumble and, worse, a damned impersonal one. The assault of digital effects (OK, Wolfie and the helicopter is as keeper) makes you feel trapped inside a video game. The climax on Three-Mile Island (you heard me) connects to the mutants we met in X1. But it’s too little and too late. At the end of the movie, Wolfie has his memory erased. I’m envious…read more [RollingStone] Ultimately though, Wolverine is all on Jackman’s insanely muscular shoulders. And he is completely invested in the character. You can see it in every frame of film, hear it in every line of dialogue. Because he takes it seriously, we take it seriously. And that’s why the movie works. Jackman has a lot riding on this personally. This could be his last chance to show he can headline a summer blockbuster on his own. We’ll know in a few days whether he’s proved he can. But if it turns out he can’t, it’s not for lack of effort on his part…read more [NewsaRama] X-Men Origins: Wolverine Video Review:
Continue Reading
Advertisement
You may also like...
Related Topics:Hugh Jackman, X-Men Origins: Wolverine