Connect with us
The Girl With The Dragon Tattoo update! 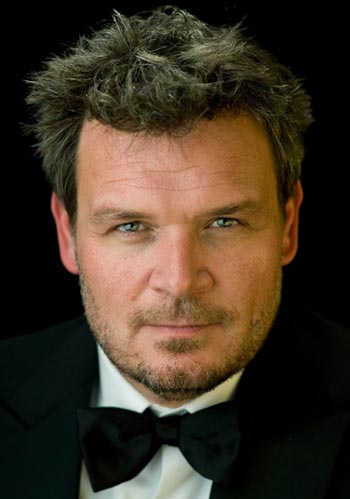 Dutch actor Yorick van Wageningen has joined David Fincher’s upcoming adaptation of Stieg Larsson’s novel that we already wrote about. By now, we all know that the movie has quite impressive cast: Rooney Mara, Daniel Craig, Stellen Skarsgard, Robin Wright Penn, Max von Sydow, Christopher Plummer and Joely Richardson. Now, Yorick van Wagingen, best known for his role in The Chronicles of Riddick, has been cast in the small but seminal role of “Nils Bjurman, the court appointed guardian over Lisbeth Salander (Rooney Mara) when Holger Palmgren suffers a heart attack.” According to the latest reports, Holger Palmgern will be played by Swedish actor Bengt C.W. Carlsson, who you probably remember from the title Songs from the Second Floor. In addition to that, Mathilda von Essen will make her feature film debut in “Dragon Tattoo” as Anita Vanger, sister of Cecilia, a part that was cut out of the Swedish film version of the book. The movie is already in production and continues filming in Los Angeles and Sweden throughout April-May. The Girl with the Dragon Tattoo is currently scheduled to be released later this year on December 21, 2011. With every new update, we’ll be back!
Continue Reading
Advertisement
You may also like...
Related Topics:Christopher Plummer, Daniel Craig, David Fincher, Max Von Sydow, Robin Wright Penn, Rooney Mara, Stieg Larsson, The Girl With The Dragon Tattoo, Yorick van Wageningen