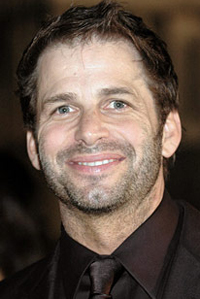 Director Zack Snyder already explained that his upcoming Xerxes will not be a “prequel or a sequel because it’s about the Battle of Artemisium, which took place during the exact same three days as the Battle of Thermopylae which was depicted in 300”. So, he’s writing the film, he has plans about the whole thing, but he’s in charge for directing Superman: The Man of Steel right now… Still, he shared some interesting details about the upcoming project, in an interview: “We’re doing all these sequences were the triremes all crash together,” Snyder explained. “And the battlefield is all the boats crashing together. So the men run across the ships as they’re fighting. So that should be fun. And horses and everything. It’s crazy.” As you already know, the new movie is called Xerxes and is once again based on a Frank Miller graphic novel. Miller is also writing a comic mini-series of Xerxes, but his version sounds very different. Miller’s Xerxes will take place over the span of ten years and also involves gods. The mini-series is due out next year.
Continue Reading
Advertisement
You may also like...
Related Topics:Frank Miller, Superman: The Man of Steel, Xerxes, Zack Snyder