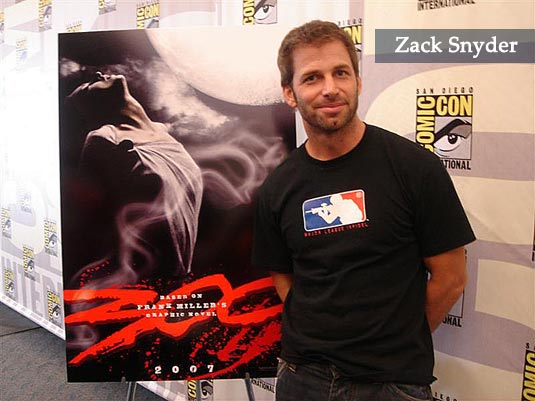 Warner Bros. held a press conference recently to demonstrating the new releases of “Watchmen” and “300.” Zack Snyder, director of “300” revealed that Frank Miller is currently writing and drawing a “300″ sequel (entirely new graphic novel, that he would then adapt once it was finished) Here’s what he had to say:

“I think we would use the same technology… I don’t want it to look too Star Wars-ian… Just from what [Miller] told me, it would be bigger as far as landscape and terrain. We’re going to see Athens and the Aegean and other places. There would be an opportunity for bigger visions, though I’d hope for the same aesthetic. The tech we used for 300 was not a revolution. It’s basically what the weatherman has. Look, instead of Accuweather it’s Sparta… It’s going to be the same way, but on crazier steroids.”

Based on the Miller Graphic novel, the 2006 film starred Gerard Butler as King Leonidas who, along with a force of 300 men, wages a battle against the Persians at Thermopylae in 480 B.C. Snyder has said in the past that he will definitely direct “300” sequel, and that it will take place between the Battle of Thermopylae and the Battle of Plataea, the battle that narrator Dilios is at while re-telling the story of King Leonidas and the Spartans to a new group of warriors at the end of “300”. [Source: Coming Soon, IESB]
Continue Reading
Advertisement
You may also like...
Related Topics:300, Frank Miller, Zack Snyder