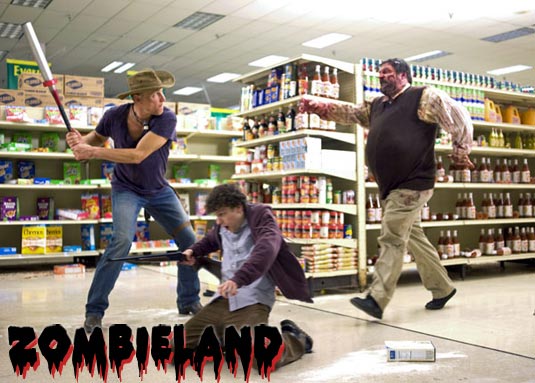 Zombieland‘s not much of a horror movie. There are some really good scares in the first act, and it’s set in a world that’s been devastated by zombies (but not, I think, the undead. These zombies seem to be much more like the Rage-infected types from 28 Days Later and less like the ghouls of George A. Romero’s films), but if you’re hoping for a really gory, juicy, splattery zombie movie, look elsewhere… read more [CHUD] Falling closer in tone to “Shaun of the Dead” than “28 Days Later” or the George Romero movies, “Zombieland” has its tongue planted firmly in its rancid cheek while still delivering the visceral goodies. It’s an admittedly tricky balance that’s pulled off with energetic panache by first-time director Ruben Fleischer and the writing team of Rhett Reese and Paul Wernick. It also has perfectly pitched performances, including the cameo of the year by Bill Murray. But more about that in a bit… read more [THR] 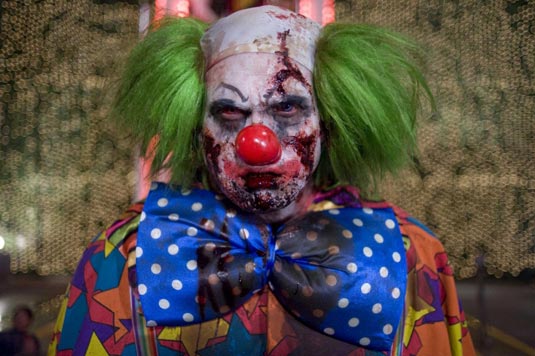 Zombieland stars Jesse Eisenberg and Woody Harrelson as Columbus and Tallahassee, two survivors of the zombie apocalypse. Columbus has developed a set of rules like “always check the back seat” and “beware of bathrooms” that helps him survive, while Tallahassee stays alive on pure testosterone and a “gotta enjoy the little things” attitude. Eventually they team up with Wichita and Little Rock, two con artist sisters on their way to Pacific Playland, an amusement park outside of LA… read more [MoviesOnline.ca] 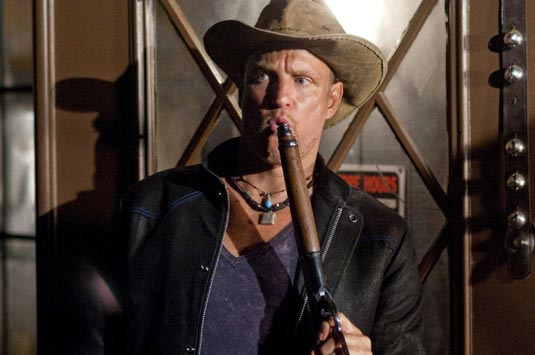 Woody Harrelson, Zombieland At gunpoint, the girls alleviate the boys of their SUV and weapons, though the four soon form a reluctant alliance, with Columbus crushing on Wichita and Tallahassee taking a fatherly shine to Little Rock. As they head westward from their Texas starting point — chasing rumors of a zombie-free theme park outside L.A. — not a lot happens, really, though Ruben Fleischer’s direction is slick and busy. Eventually, they get to Hollywood, grab a map of stars’ homes, and settle in at the luxurious manse of Tallahassee’s hero, Bill Murray (playing himself in an amusing extended cameo)… read more [Variety] 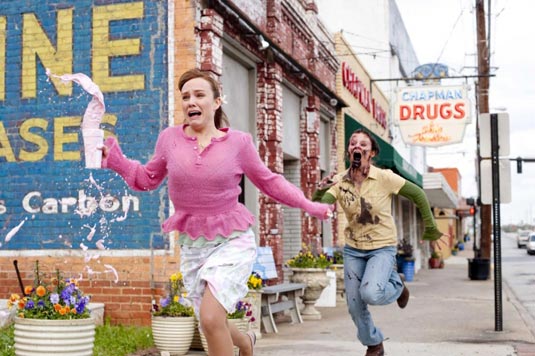 Director Ruben Fleischer doesn’t get around to disclosing everybody’s problems, and that benefits the movie, which zips from one moment to the next with only one real scene that drags (It features a certain A-list star and is, nevertheless, hilarious). The build-up to the final act promises to mix zombies and a theme park, and without giving too much away, I can say the filmmakers deliver the goods. Think of your favorite kiddie-land rides and amusement park features; for the most part, they’re here and integrated into some pretty satisfying action sequences… read more [CinemaSpy] 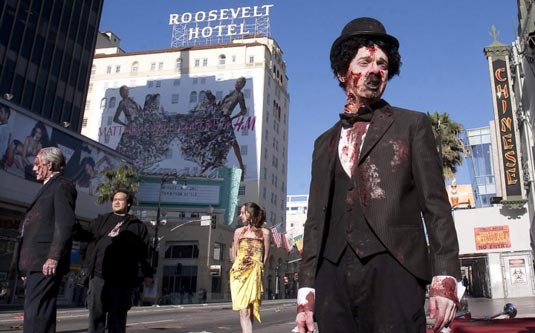 ZOMBIELAND offers more than just the hilarious aesthetic of zombie-killing mayhem (although there is plenty to be found). It’s more about the journeys that bring people together than it is about the terrors of survival in a virus-ridden country. The affliction of zombiism serves as a metaphor for an impersonal world, driven only by immediate compulsions to devastating ends in the absence of a social connection to the people around us. Each character’s journey is significant and relatable, but Director Ruben Fleischer will never leave you without a laugh… read more [Brice E. Gramm blog] 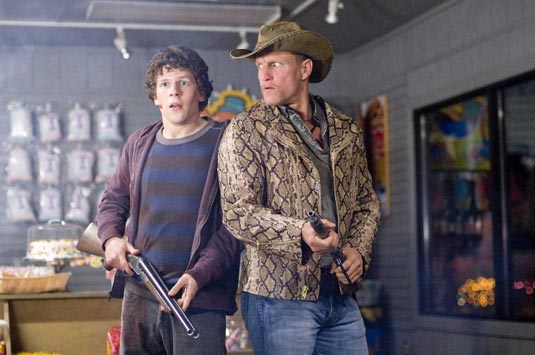 Almost guaranteed to please the horror fans and comedy kooks in equal measure, Zombieland is a pitch-perfect example of how tasty the “horror/comedy” combo can be. Hats off to Fleischer, screenwriters Rhett Reese and Paul Wernick, and everyone from the DP to the composer. I’m not fully prepared to call Zombieland the best horror comedy ever made … but it just might be the best American comedy horror ever made… read more [Fear.net] “Zombieland” hits theatres on October 2nd, 2009. Zombieland video preview:
Continue Reading
Advertisement
You may also like...
Related Topics:Bill Murray, Jesse Eisenberg, Ruben Fleischer, Woody Harrelson, Zombieland