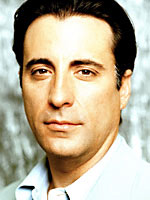 Because of the writer’s strike, this movie is hardly getting any promotion. It looks good to me. Four stories, representing the emotional principles of Love, Pleasure, Sorrow and Happiness, come together in this episodic drama from first-time director Jieho Lee. watch the trailer after the jump A powerful crime boss, Fingers (Andy Garcia), subtly controls the destinies of four people whose circumstances have brought them to a crossroads in their lives. A quiet business executive (Forest Whitaker) is told an upcoming horse race has been rigged and bets everything he has on his belief the story is true. A noted pop singer (Sarah Michelle Gellar) discovers her career is hanging in the balance when she’s forced to sever ties with her manager. A doctor (Kevin Bacon) must set aside a physician’s traditional guidelines when circumstances demand he treat the woman he loves after a serious accident. And a criminal (Brendan Fraser) has a powerful vision of the future, but can’t decide if his premonitions are to be trusted. The Air I Breathe received its world premiere at the 2007 Tribeca Film Festival.
Continue Reading
Advertisement
You may also like...
Related Topics:Andy Garcia, Brendan Fraser, Forest Whitaker, Sarah Michelle Gellar