Today we have 28 hi-res photos and poster for “Spy Kids: All the Time in the World,” the fourth installment in the franchise that stars Jessica Alba, Jeremy Piven, Joel McHale, Rowan Blanchard, Mason Cook, Antonio Banderas, Alexa Vega, Daryl Sabara and Danny Trejo .

The new movie follows Marissa Cortez Wilson (Alba), the wife of a spy hunting television reporter and mother of two who is a retired spy herself. When the villainous Timekeeper (Jeremy Piven) sets out to take over the world she’s called back into active duty and her children Rebecca (Rowan Blanchard) and Cecil (Mason Cook) are brought into the Spy Kids division. In case you haven’t already watched it, check out Spy Kids 4 trailer. “Spy Kids 4: All the Time in the World” hits theaters August 19 in 3-D

Jessica Alba in Spy Kids 4: All the Time in the World 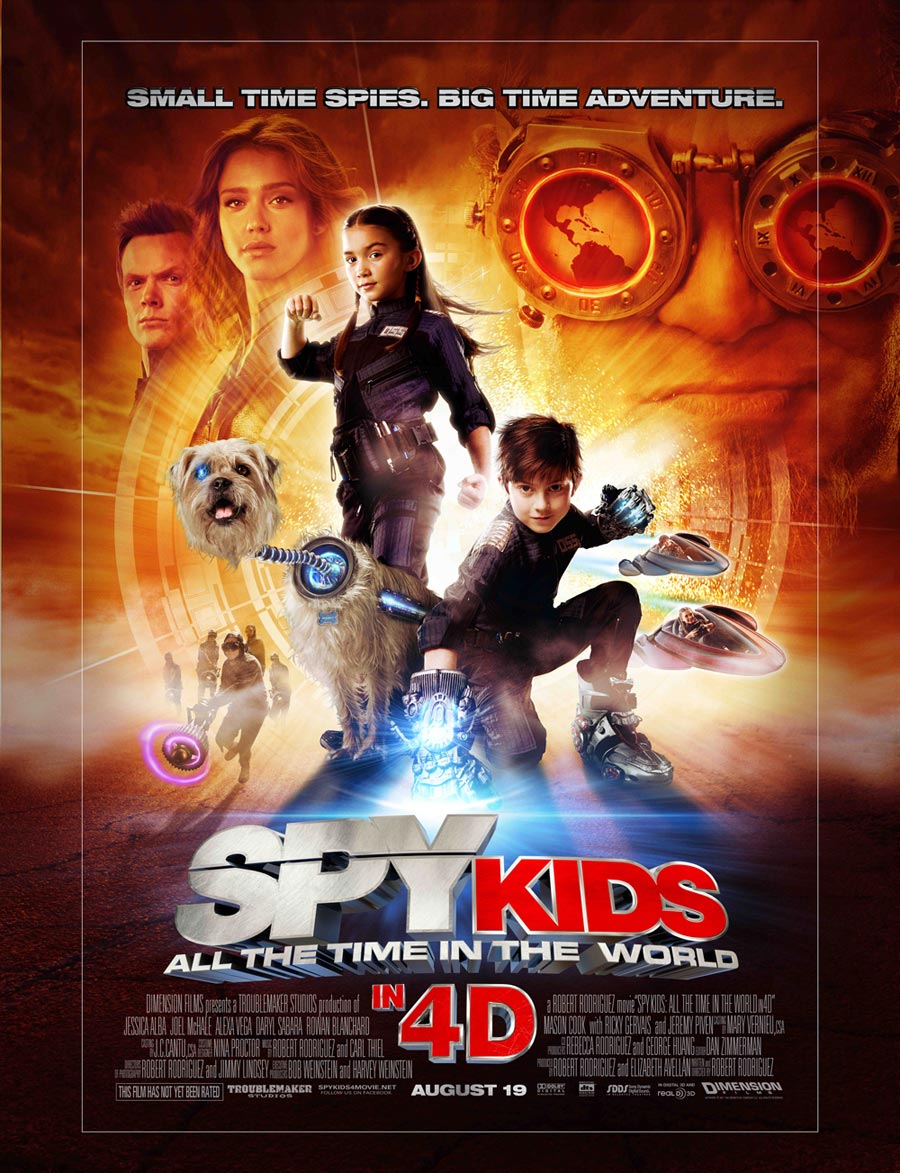