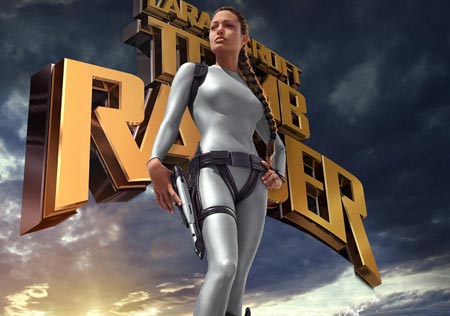 Warner Bros. are in early development on a reboot of Tomb Raider and Lara Croft could soon be going on a new big-screen mission. Paramount previously made the two movies based on the popular video game, but the rights have since reverted to Eidos. When WB upped its stake to 19.92% in Eidos in December, films rights to the property were included as part of the deal. Dan Lin who will produce the next Lara Croft movie, is also the producer behind Warners’ upcoming Guy Ritchie-directed “Sherlock Holmes” and “Terminator Salvation.” The new project is expected to revamp the character and her mission and bear little resemblance to the original pictures. It will re-imagine the origins of the character, her love interest and the main villain. Angelina Jolie played the part in 2001’s “Lara Croft: Tomb Raider,” and in the sequel “Lara Croft Tomb Raider: The Cradle of Life” in 2003. Both films were panned by critics, and Jolie was given a Golden Raspberry Award for Worst Actress for her performances in the two movies. The first pic, grossed a whopping $275 million worldwide, while the follow-up earned a more modest $157 million.
Continue Reading
Advertisement
You may also like...
Related Topics:Angelina Jolie, Dan Lin, Lara Croft