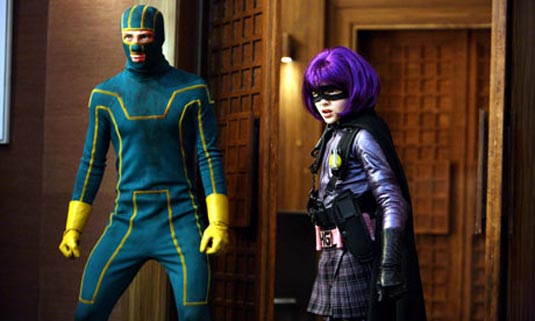 Universal Pictures is close to finalizing deals with Aaron Johnson and Chloe Moretz to return for the sequel to the heart-warming Kick-Ass, Balls to the Wall, which will be directed by Jeff Wadlow. Christopher Mintz-Plasse is also close to finalizing his deal, and Nicolas Cage is in negotiations to return in a cameo role. None of the Kick-Ass cast members had sequel deals in place, which fueled speculation that some of the roles may be re-cast. There are still several other new roles yet to be filled. Jeff Wadlow is directing from his own screenplay, which is adapted from Mark Millar and John Romita Jr.‘s comic book series. Matthew Vaughn directed the original Kick-Ass in 2010, but isn’t available to direct the sequel, since he is making the X-Men: First Class Sequel in January. If all the deals are finalized, production will most likely begin in August. Kick-Ass 2: Balls to the Wall comes to theaters in 2013 and stars Aaron Johnson, Lyndsy Fonseca, Chloe Moretz, Clark Duke and Evan Peters. The film is written and directed by Jeff Wadlow.
Continue Reading
Advertisement
You may also like...
Related Topics:Aaron Johnson, Chloe Moretz, Clark Duke, Evan Peters, John Romita Jr., Kick-Ass, Kick-Ass 2, Lyndsy Fonseca, Mark Millar, Matthew Vaughn, Nicolas Cage, X-Men: First Class

THE HUNGER GAMES: CATCHING FIRE Still Waits for an Actor
Anne Hathaway to Produce and Star in SONG ONE
Advertisement