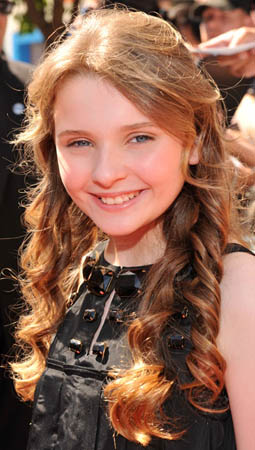 Abigail Breslin (“Little Miss Sunshine“) will co-star with Johnny Depp in animated tale “Rango” for Paramount Pictures. The script is written by John Logan from the story by Gore Verbinksi who will also direct the movie. Ian Abercrombie and Hemky Madera also stars the animated adventure “Rango.” Film centers on a household pet (Depp) who goes on an adventure to discover his true self. In addition, Abigail Breslin will also voice the main role in “The Wild Bunch.” Story revolves around flowers and plants who find themselves under attack by an evil army of “genetically modified cornstalks.” Breslin probably will have another one role – she  is in talks to join the cast of horror comedy “Zombieland.”
Continue Reading
Advertisement
You may also like...
Related Topics:Abigail Breslin, Johnny Depp, Rango