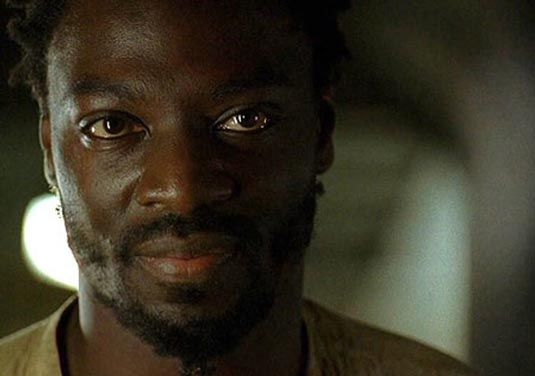 We haven’t seen much of Adewale Akinnuoye-Agbaje since his departure from Lost, way back in 2006, And now it looks like he’s joining the cast of The Inevitable Defeat of Mister and Pete. Directed by George Tillman Jr., Mister and Pete already boasts a cast that includes Anthony Mackie and more recently added Jordin Sparks and Jennifer Hudson (we reported on that a few days ago). The story focuses on two inner city kids who have to fend for themselves after their mothers are taken away by the authorities one summer. We got the news of Akinnuoye-Agbaje’s casting thanks to Variety, though they did not specify the role he’ll be playing in the story. We don’t yet know what roles Hudson or Sparks are playing either, but this cast is shaping up to be a good one. Stay tuned!
Continue Reading
Advertisement
You may also like...
Related Topics:Adewale Akinnuoye-Agbaje, Anthony Mackie, George Tillman Jr., Jennifer Hudson, Jordin Sparks, The Inevitable Defeat of Mister and Pete