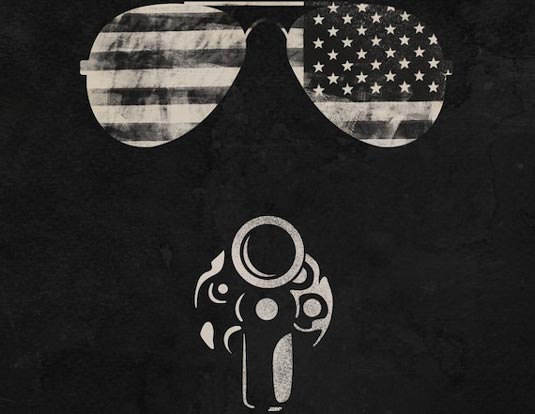 While much of the hype on The Weinstein Company’s fall slate has centered around Quentin Tarantino‘s Django Unchained, Paul Thomas Anderson‘s The Master and David O. Russell‘s Silver Linings Playbook, one film still flying well under the radar is Andrew Dominik‘s Killing Them Softly starring Brad Pitt. Though it premiered at the Cannes Film Festival this spring, and has a new October release date now set (essentially swapping places with The Master, which we reported a couple of days ago), it’s still the only film of the bunch without a trailer. So until then, some images will have to do. Have a look below:

Falling somewhere between existentialist caper and political screed, the film follows hitman for hire Jackie Cogan (Pitt), who is tasked with taking out two low life thieves (Scoot McNairy and Ben Mendelsohn) who knocked off a high stakes poker game run by gangster Markie Trattman (Ray Liotta). Jackie subcontracts his work out to Mickey (James Galdolfini) and the film, set against the backdrop of the 2008 election and economic crisis, serves both as an anti-thriller and a searing indictment of those who sent the country into the toilet. At Cannes, the film was called “wickedly cynical and surging with furious anger” in addition to being “breathtakingly brilliant and admirably ambitious.” Killing Them Softly will hit the theaters on November 30th, 2012.
Continue Reading
Advertisement
You may also like...
Related Topics:Andrew Dominik, Ben Mendelsohn, Brad Pitt, David O. Russell, Django Unchained, Killing Them Softly, Paul Thomas Anderson, Quentin Tarantino, Ray Liotta, richard jenkins, Scoot McNairy, Silver Linings Playbook, The Master