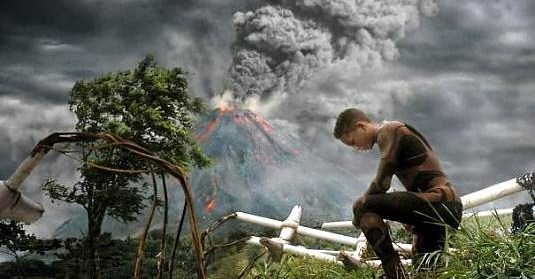 First clip from After Earth has arrived! Two days ago you had a chance to check out three new TV spots for the movie (which opens this month!) and now we finally have a little chit-chat between Will and his son Jaden Smith, who are (obviously) more than ready to start their dangerous mission. Or, something like that… So, you already know the story: cataclysmic events forced humanity’s escape from Earth, and now they re-established society on the planet Nova Prime. But, a crash landing leaves teenager Kitai, played by Jaden Smith and his father Cypher aka Will Smith stranded on Earth. Spooky…