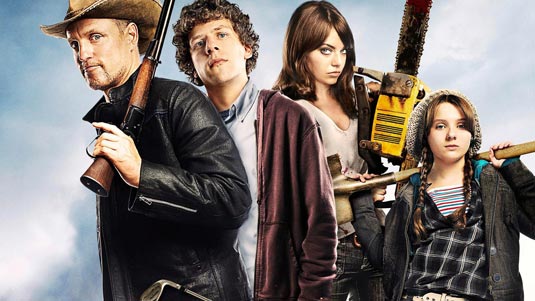 Just a few days ago, casting information broke regarding a small screen take on the 2009 horror comedy Zombieland. Now, Broadcast Now reveals that the series is, indeed, on the way and is being developed by Amazon as an original series. Directed by Ruben Fleischer and written by Rhett Reese and Paul Wernick, Zombieland starred Jesse Eisenberg, Woody Harrelson, Emma Stone and Abigail Breslin as a group of survivors trying to stay alive in the face of the zombie apocalypse. Planned for 30-minute episodes, Zombieland TV Show returns the franchise to its original concept of an ongoing serialized comedy adventure. As revealed in the casting breakdowns, Zombieland will blend familiar characters from the feature film with brand new characters created specifically for the series.