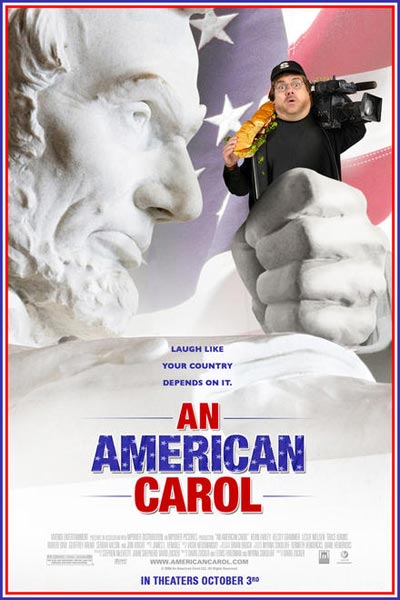 The poster and trailer for the upcoming spoof comedy “An American Carol” has been released.

In the movie, Farley stars as Michael Malone (aka Michael Moore), who is an anti-American filmmaker set out to abolish the July Fourth holiday. He is visited by three ghosts who try to show him the country’s good sides.

“An American Carol” will hits theaters on October 3rd.