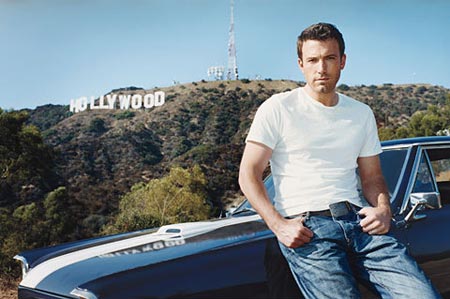 Ben Affleck has just signed on to the new Mike Judge comedy “Extract“.

He joins a cast that includes Jason Bateman, Mila Kunis and Kristen Wiig. Clifton Collin Jr. has also been added to the movie. The story centers on a flower extract factory owner (Jason Bateman) who’s dealing with workplace problems and a streak of bad luck, including his wife’s affair with a gigolo. Affleck will play an ambulance-chasing lawyer, while Collins Jr. has been cast as a factory worker who loses a body part in a freak accident and is now due for a huge settlement. Judge wrote the script and is handling producing duties with John Altschuler and Mike Rotenberg through their Ternion Prods. Affleck has a longstanding relationship with Miramax dating back to Good Will Hunting during the Weinstein brothers era. He made his directorial debut, last year’s “Gone Baby Gone“, for the specialty label. Filming begins Monday in Los Angeles. [Source: Variety]
Continue Reading
Advertisement
You may also like...
Related Topics:Ben Affleck, Jason Bateman, Kristen Wiig, Mike Judge, Mila Kunis