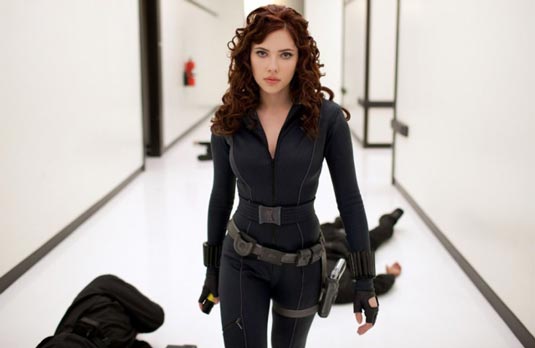 There’s been a plenty of casting for Iron Man 3 these days (remember the Facebook one?), which ‘shackled’ Ben Kingsley, Guy Pearce and Jessica Chastain. Unfortunately, to everyone’s surprise, actress Scarlett Johansson has revealed to ScreenRant that she dosn’t intend to reprise the role in Iron Man‘s sequel. She’s not done with the character, don’t worry, she just won’t play it in Iron Man. She said that she’d like a solo film for Black Widow, especially since the character got more background story in The Avengers: “I personally think there’s an awesome Black Widow movie in there that is a Bourne-type of film. It would be totally awesome.” Meanwhile, director Shane Black revealed that “Iron Man 3” will be “a technological thriller” and a “crisis movie” set in the world of “international war, arms and terror.” He added that Kingsley’s character would “frighten in today’s world.” I must say that I’d love to see that Black Widow/Hawkeye solo coming to life, and you?
Continue Reading
Advertisement
You may also like...
Related Topics:Ben Kingsley, Guy Pearce, Iron Man 3, Jessica Chastain, Scarlett Johansson, Shane Black, The Avengers