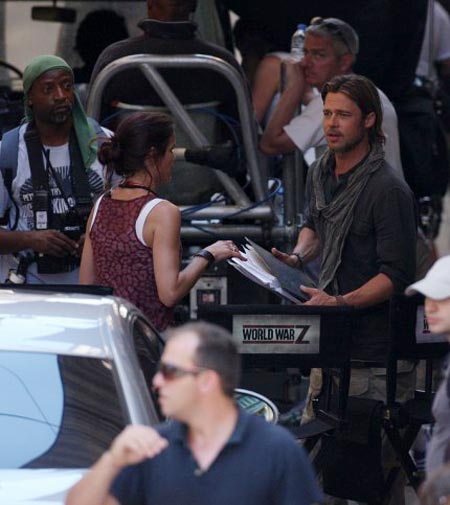 New set photos are in from the set of Marc Forster directed PG-13 “World War Z,” featuring our first look at Brad Pitt as Gerry and at the zombies. The film also stars Mireille Enos, James Badge Dale, Matthew Fox, Ed Harris and Julia Levy-Boeken. Brad Pitt plays Max Brooks – the real-life author of the fictional book – who scours the world collecting the stories and experiences of those who have survived 10 years after the human victory over the world wide zombie epidemic, referred to as “World War Z.” 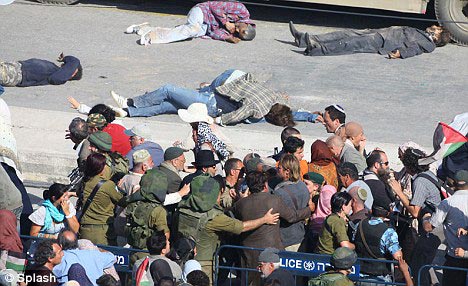 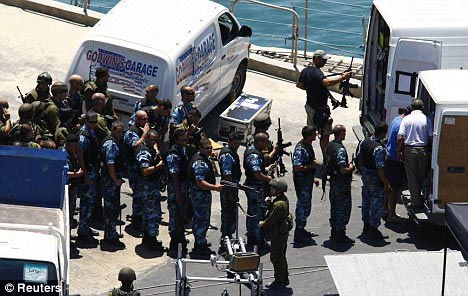 Here’s a little description of the novel: Brooks, the author of the determinedly straight-faced parody The Zombie Survival Guide (2003), returns in all seriousness to the zombie theme for his second outing, a future history in the style of Theodore Judson’s Fitzpatrick’s War. Brooks tells the story of the world’s desperate battle against the zombie threat with a series of first-person accounts “as told to the author” by various characters around the world. A Chinese doctor encounters one of the earliest zombie cases at a time when the Chinese government is ruthlessly suppressing any information about the outbreak that will soon spread across the globe. The tale then follows the outbreak via testimony of smugglers, intelligence officials, military personnel and many others who struggle to defeat the zombie menace. Despite its implausible premise and choppy delivery, the novel is surprisingly hard to put down. The subtle, and not so subtle, jabs at various contemporary politicians and policies are an added bonus. The movie is scheduled for release next year. Are you guys excited for ‘World War Z’? 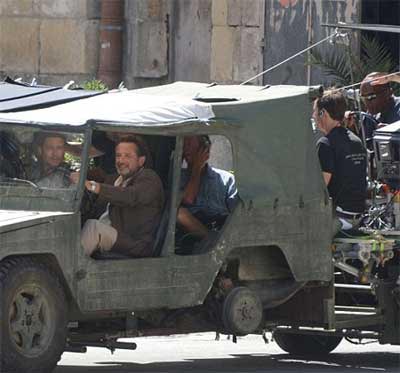