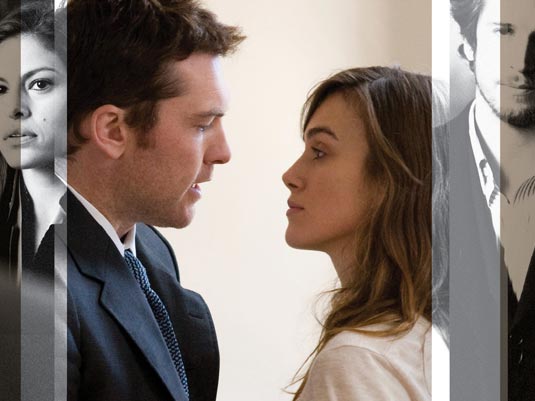 Check out the official poster and trailer for the upcoming romantic drama Last Night.

Synopsis: Set in New York City, Last Night is the story of a married couple that while apart for one night, is confronted by temptation that may decide the fate of their marriage. Joanna (Academy Award(R) nominee Keira Knightley) and Michael Reed (Sam Worthington) are 7 years into a successful and happy relationship. They are moving along in their lives together until Joanna meets Laura (Eva Mendes), the stunningly beautiful work colleague whom Michael never mentioned. While Michael is away with Laura on a business trip, Joanna runs into an old but never quite forgotten love, Alex (Guillaume Canet) and agrees to have drinks with him. As the night progresses and temptation increases for the couple, each must confront who they are inside and outside of their relationship. Last Night is ultimately a film about choices – the choice you make to be with someone, to give yourself physically and emotionally, and how to survive all three.

Last Night will be released to theaters on May 6th, 2011.