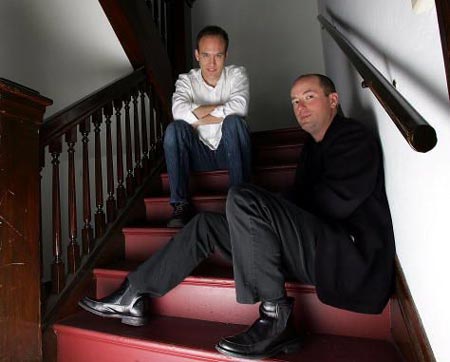 Stephen McFeely and Christopher Markus, well known team of writers behind Captain America project, have been hired back to pen a sequel for the Marvel‘s upcoming project, Captain America: The First Avenger. Well, that’s quite logical thing, the writing duo scripted the first film with Joss Whedon who was brought in to do a polish on their draft. First Avenger is bookended with scenes set in present day, with the end of the movie rumored to involve Cap being frozen in ice. It’s possible that a sequel will pick up from that point and unfold in present day, the same time period as Whedon’s Avengers movie. But, it’s too early to talk about that at the moment. On the other hand, we do know that Chris Evans will reprise his role in the film. And, while we’re still here, at the Marvel universe, let us remind you that Thor arrives in 2D and 3D theaters on May 6th, 2011, then Captain America: The First Avenger will follow on July 22nd. The two will join forces next year when The Avengers which arrives on May 4th, 2012. Stay tuned for more updates!