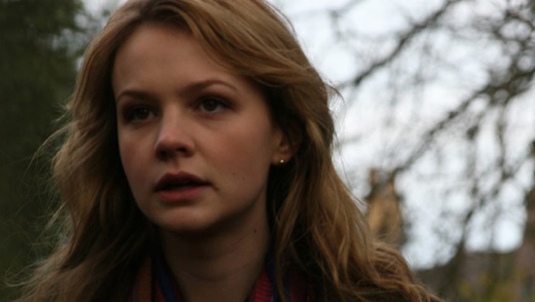 We already had a little chat about the upcoming Nicolas Winding Refn’s movie Drive, based on the novel of the same name by James Sallis. So, you already know that movie stars Ryan Gosling and Bryan Cranston, right? But, today, we’re here to update the whole thing, because Oscar-nominee Carey Mulligan is in talks to join the project that goes like this: “I drive. That’s what I do. All I do.” So declares the enigmatic Driver in this masterfully convoluted neo-noir, which ranges from the dive bars and flyblown motels of Los Angeles to seedy strip malls dotting the Arizona desert. A stunt driver for movies, Driver finds more excitement as a wheelman during robberies, but when a heist goes sour, a contract is put on his head and his survival skills burn up the pavement. Author of the popular six-novel series set in New Orleans featuring detective Lew Griffin (The Long-Legged Fly, etc.) and such stand-alone crime novels as Cypress Grove, Sallis won’t disappoint fans who enjoy his usual quirky literary stylings. Reading a crime paperback, Driver covers “a few more lines till he fetched up on the word desuetude. What the hell kind of word was that?” Lines such as “Time went by, which is what time does, what it is” provide the perfect existential touch. In this short novel, expanded from his story in Dennis McMillan’s monumental anthology Measures of Poison, Sallis gives us his most tightly written mystery to date, worthy of comparison to the compact, exciting oeuvre of French noir giant.” Sounds like an action movie, although director Refn says it’s going to be more of a love story that has action as well. Mulligan will be playing the ex-con’s girlfriend. For all her fans out there, she will next be seen later this year in Oliver Stone’s Wall Street: Money Never Sleeps and Mark Romanek’s Never Let Me Go.
Continue Reading
Advertisement
You may also like...
Related Topics:Bryan Cranston, Carey Mulligan, Drive, Nicolas Winding Refn, Ryan Gosling