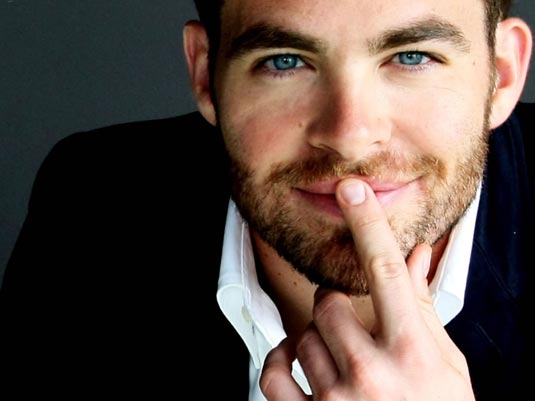 Chris Pine is quite busy guy these days. And, it looks like he also enjoys talking about his next projects. Or, at least, the fresh one, Paramount’s Moscow reboot. So, we have some new details about his next gig – iniquitous CIA rookie Jack Ryan – the character played by sirs Baldwin, Ford and Affleck in The Hunt for Red October, Patriot Games, Clear and Present Danger and The Sum Of All Fears… The film is a reboot of the franchise that kicked off in 1990 with Red October, and it will be directed by Jack Bender. Producer Lorenzo Di Bonaventura mentioned that the script for the film is currently undergoing a rewrite and as yet, there’s no set date for filming. “We’re going to shoot in the spring. There’s no set date. It’s a slow process of figuring out how much it’s going to cost and all that stuff.” So, apparently, Pine will be fresh out of the Marines and gets himself involved in some sort of financial scandal in Russia. Pine said this about taking over the role: “Look, at the end of the day, people will obviously prefer one version over the other, whether it be Alec Baldwin or Harrison Ford or Ben Affleck. I feel the same way about Star Trek – the only thing I can do is the best version of myself. I can only bring who I am to bear on the part and people either like that or not.” Pine also commented on how he thinks his version of the character will go over, saying: “Again, I don’t have much control over that, so all I can ask of myself is to do my best, try my hardest and to make sure that we have a really good story to tell, and then give it to the hands of fate“ and added: “I dunno if any trains are gonna be involved. I dunno what’s involved quite yet, I haven’t really seen the finished script, but some assorted running, for sure.” As usual, we’ll keep an eye on Moscow reboot, so make sure you stay tuned!
Continue Reading
Advertisement
You may also like...
Related Topics:Chris Pine, Jack Bender, moscow