Connect with us
Ok, all Barbra Streisand fans out there, it’s finally confirmed that the legendary actress is in serious talks to star in a movie remake of the classic musical Gypsy. 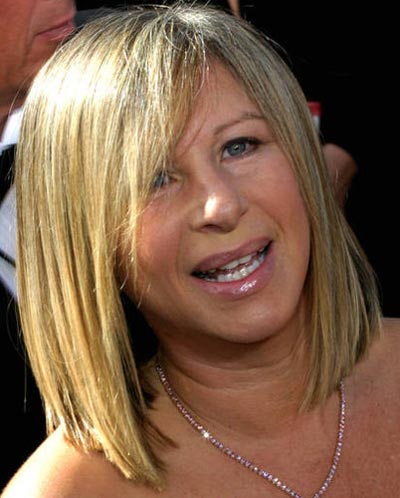 Of course, Streisand is in talks to play Momma Rose (who else!) and it’s quite interesting that some previous reports indicated Barbra may also be stepping behind the lens to act as director. Still, looks like “playing Rose is enough to make her happy.” Based on the memoirs of Gypsy Rose Lee, the musical features a book by Arthur Laurents, music by Jule Styne and lyrics by Stephen Sondheim. Gypsy was originally given a film treatment in 1962 with Rosalind Russell as Rose. Bette Midler starred in the role in a 1993 made-for-TV movie. The show was most recently revived on Broadway in 2008, starring Patti LuPone, who won a Tony Award for her work as Rose. At the end of this report, let us mention that the project is currently without a director, while Warner Brothers and Joel Silver are producing. As usual, we’ll keep you updated!
Continue Reading
Advertisement
You may also like...
Related Topics:Barbra Streisand